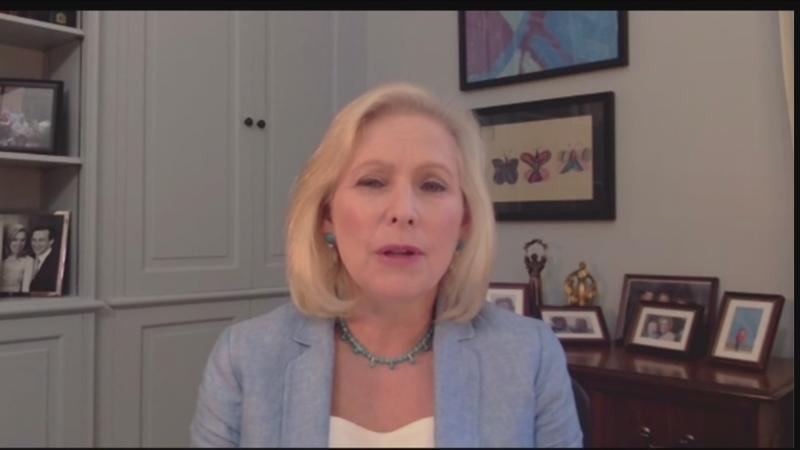 ROCHESTER, N.Y. (WHEC) – Reaction to the Russian invasion of Ukraine is coming in from New York’s federal representatives.

"Vladimir Putin has launched an unprovoked and immoral invasion of Ukraine. No one should fall for Putin’s lies that the Ukrainians wanted him to invade or that he was provoked to invade. This was a reckless war of choice and the choice was made by Putin and Putin only. The United States and our allies have the ability to move forward with a swift, forceful and unified response that imposes severe costs on Russia."

"My prayers are with the people of Ukraine in this terrible moment. President Putin’s unprovoked, unnecessary and unjustified war will inflict needless suffering on the people of Ukraine and has threatened the security of the entire world. The U.S. must lead the effort to hold Russia accountable. Together with our allies, the U.S. must impose crushing sanctions on Russia and strengthen the defenses of our NATO allies. The world must be united and resolute against this act of aggression."

Vladimir Putin’s unprovoked and deadly full-scale invasion against a sovereign nation is reprehensible and must be met with severe consequences.

I join our nation in praying for the innocent people of Ukraine and their resolve in this fight.

Other nations will be watching our response very closely and the only option is peace through strength. We pray for the people of Ukraine and we must commit to offering them the humanitarian aid and assistance that they need (2/2)

"Russia’s violent invasion of Ukraine is an assault on democracy, a violation of international law, and a clear demonstration of Vladimir Putin’s imperialistic ambitions. Make no mistake: it is critical that the United States, together with NATO and our allies, hold Putin accountable for his unconscionable attack on a sovereign democratic nation. As President Biden stated, this attack was “without provocation, without justification, and without necessity.” The sanctions announced today are an important and necessary step for the United States to take; however, I am concerned they will not be enough to stop the ongoing invasion.

"Now is the time for increased vigilance to protect our homeland against cyber threats and further disruptions to our economy and supply chain. As we’ve seen in recent years, Russia won’t hesitate to engage in destructive cyberattacks. As Ranking Member on the Committee on Homeland Security, I am in regular contact with the Department of Homeland Security, and specifically the Cybersecurity and Infrastructure Security Agency, to ensure that Congress is providing any and all support necessary to protect against these threats."