NYS leads country in community solar, Rochester has one of the state’s largest initiatives 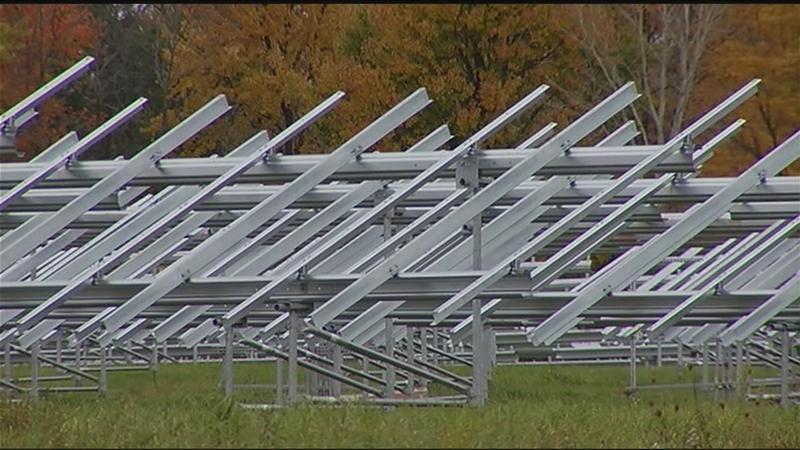 A solar installation in Orleans County.[News10NBC]

The state produces enough solar energy to serve 209,000 homes, with enough panels to produce up to one gigawatt of electricity at a time.

Community solar is energy that’s provided directly to homes or small businesses from a local solar farm. Rochester has one of the state’s largest community solar projects, called Rochester Community Power, which is a partnership between the city and a private company. Many city residents are automatically enrolled in the solar energy program for their homes.

The state will continue to add more solar panels, with the goal of generating 70% of the state’s electricity from renewable sources by 2030.

Governor Hochul said the state could provide energy for more than 600,000 homes once the solar projects in progress are completed.

"Reaching this nation-leading milestone, with more than one gigawatt of community solar installed, is a testament to New York’s aggressive pursuit of clean-energy," Hochul said.

The state plans to distribute solar energy to low and moderate-income households. The solar energy initiatives are part of the Climate Leadership and Community Protection Act, which mandates the state to become carbon neutral in the energy sector by 2040.