That online petition has been signed by more than 21,000 people. It’s calling for the NYSPHSAA to change the venue to one that will not require their children to show proof of vaccination in order to compete in the state championships.

"It is simply not acceptable that in order to compete for a state championship, athletes in one sport are being held to a different standard than athletes in other sports," the petition says.

Alicia Hicks’ daughter is a senior at Hilton High School and a member of the school’s cheerleading team. Hicks said she’s disheartened by the NYSPHSAA’s decision. 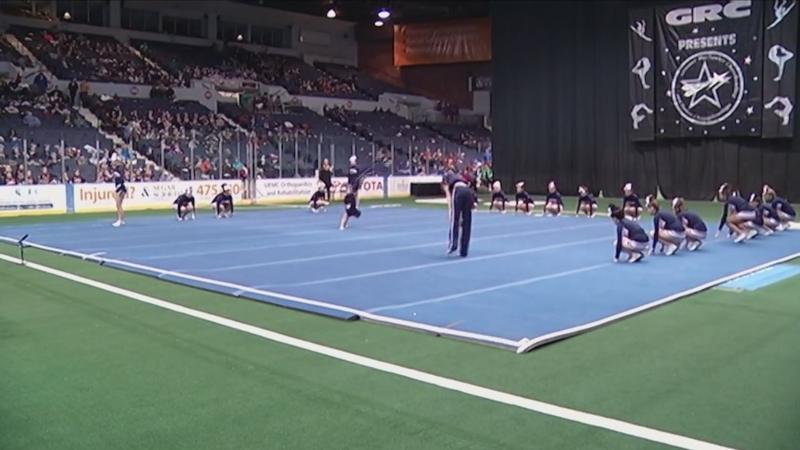 "This is her last year to hit the mat and compete with the girls that she practiced so hard with. The fact that I can’t watch her during this event, it’s heartbreaking," Hicks said.

NYSPHSAA Executive Director Robert Zayas said Friday’s decision to limit the capacity was done in the best interest of student-athletes so that cheerleaders will be able to participate regardless of their vaccination status.

"No student will have to provide proof of vaccination, or having a negative test in order to participate in the State Championship on March 5," Zayas said.

He went on to say the Committee did meet back on Feb. 2 to address the current COVID policy which at the time did require proof of vaccination or a negative test. This led to some teams considering not taking part in the competition without their unvaccinated cheerleaders. He said after listening to the concerns from association members representing all state high schools, the committee came up with its conclusion.

"It was in the best interest of student-athlete, and our state championships in order to revise our format and limit the capacity to less than 400 which is in accordance to the RIT Safety Plan," Zayas said.

The NYSPHSAA also said the cheerleaders are not being treated any differently from other student-athletes. Zayas said the association has been very consistent.

The sectional competition is being held next week and will determine which cheerleading teams will compete in the championships on March 5.

The capacity limit means that the NYSPHSAA also needs to revise the championship format. There will be five separate sessions of competition with the finals in each division immediately following preliminary performances. A final schedule will be released online following the qualification of all teams.

The NYSPHSAA will stream the event online when it happens. RIT does require indoor masking.

That tournament is held after the state championship that brings the four associations’ best teams together.

Fordham University was scheduled to host, but after it told organizers it couldn’t host, the executive board was not able to find an alternate venue that could meet all the needed COVID protocols and restrictions.