‘One Love, One Way’ connects families of inmates

ROCHESTER, N.Y. (WHEC) – A Rochester woman is building her business by making it easier for local families to visit their loved ones in prison across New York State. The company is called "One Love, One Way."

Alexis Burgess started this company back in 2016, while visiting her brother who was serving time in Attica. Since then she’s been making weekly visits to several different prisons.

"He asked me if I would be willing to bring other family members with me on the visits, and that how it all started," said Burgess.

She’s an entrepreneur with big dreams. Currently she provides door to door transportation service for families that want to visit a loved one, or friend in prison. Burgess started out small.

"At the time I had a 2008 Chevy Impala, and I was only able to take about 2 to 3 family members at a time, and then eventually as time progressed I was able to purchase a 12 passenger van," said Burgess.

The van allows her to service 5, or 6 families per month. Burgess charges between $65 to 120 depending on the distance to the prison. Families have to book a ride at least one week in advance. She travels to prisons around the state. 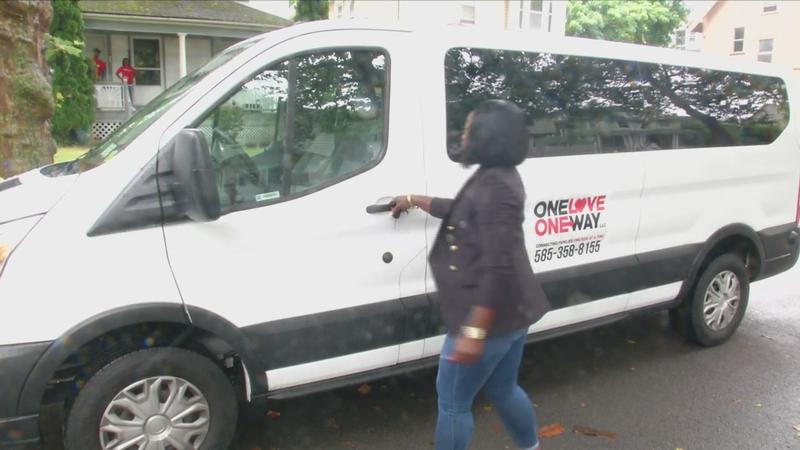 She says during the ride to these prisons she informs her passengers on different things such as what they can wear while visiting. The proper documents they need, and most importantly how to conduct themselves in front of correctional officers. Burgess does provide a bit more.

"I try to console them. I try to let them know that I’m here for them, and I’ve been through it so I can personally relate," said Burgess.

She is looking to expand, and is working on purchasing another van. Burgess is also hoping to hire another driver. The biggest satisfaction of all is the feedback she’s been getting from her clients.

"A lot of them are telling me how they’re very appreciative of my service, and how they feel that this is a service that’s really needed in our community," said Burgess.

She finishes by saying that she will travel to prisons up to 4 1/2 hours away.

You can email Burgess for more information.