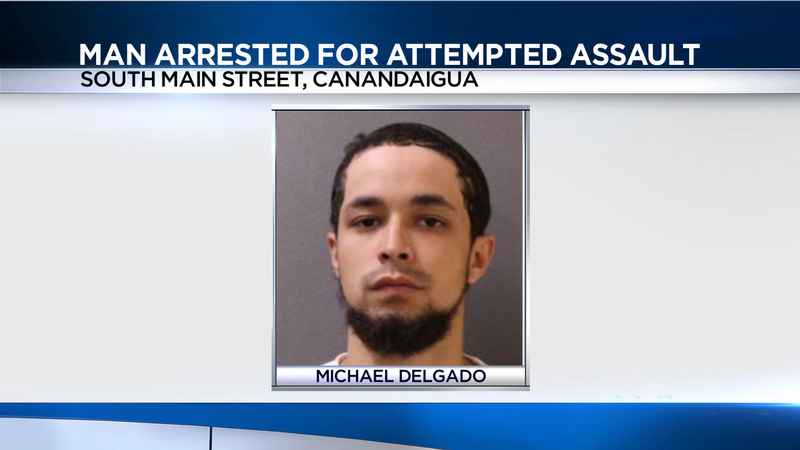 CANANDAIGUA, N.Y. (WHEC) — An Ontario County man is accused of pulling a knife out during a fight in Canandaigua last Tuesday.

Police say Michael Delgado, 25, of Manchester lunged at a person with a knife during a fight on South Main Street at around 2:30 p.m. then ran off.

Police found him less than 15 minutes later a few blocks away on Chapin Street.

No one was hurt.

Delgado was charged with attempted assault in the second degree.