Ontario County police union: ‘Does not have confidence’ in Sheriff, calls out ‘toxic’ culture

ONTARIO COUNTY, N.Y. (WHEC)— The police union representing deputies in Ontario County says they no longer have confidence in current Sheriff Kevin Henderson, as part of what they’re calling a "toxic" culture in the office.

The Ontario County Police Benevolent Association (PBA) made the declaration Tuesday morning following a vote among its members. The PBA says an "overwhelming majority" feel the relationship between Henderson and the county’s administration is "irreparable."

It follows accusations Henderson made comments of a sexual nature in front of staff and that he did not discipline command staff when inappropriate comments were made in front of him.

The accusations caught the eye of the Ontario County Board of Supervisors, who decided to approve an independent investigation into Henderson, members found the allegations to be "troubling."

In the PBA’s Tuesday letter, it says members were called to share their experiences on policies and the culture underneath Henderson as part of the investigation, despite what it says were fears of retaliation from the sheriff. 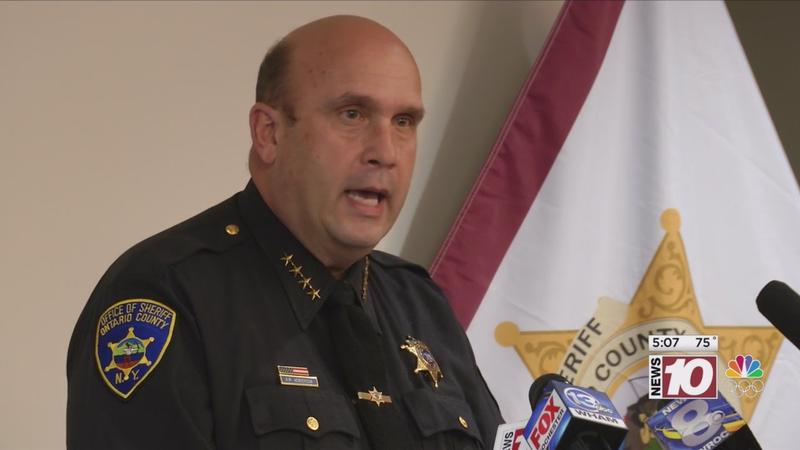 Henderson said he would not resign following what he says was a push to do so from Board Chair Jack Marren. Henderson said he was threatened with retaliation if he did not resign, and called on the board to meet with him "as soon as possible." While Henderson maintains he’s staying, Undersheriff David Frasca voluntarily resigned following the meeting the Sheriff had with Marren.

"Unfortunately, Sheriff Henderson has refused to resign and to allow this department to heal and move forward from his failed administration," the organization said. "The PBA and its members can no longer remain silent."

The letter went on to claim the office has seen an "unprecedented" rate of later transfers out, with 17 deputies leaving since 2019, which it says is more than during the entire 28-year span of the prior administration.

"There are presently only 26 Deputies in these positions, three more will be leaving in the next 30 days, and several of those that remain are actively looking for positions elsewhere.," the PBA said.

Despite the situation, the PBA says deputies have continued to serve the community and will continue to do so.

You can read the PBA’s letter, in full, below. A PDF version can also be found here.

As has been widely reported in recent weeks, an independent, months-long investigation has been conducted to investigate a series of complaints and concerns about the Sheriff and his administration. Many members of the PBA were called upon to relay their experiences regarding the policies and culture of this agency under the leadership of this Sheriff, and despite fears of retaliation from the Sheriff, those members have fully cooperated with the independent investigators.

Unfortunately, Sheriff Henderson has refused to resign and to allow this department to heal and move forward from his failed administration. The PBA and its members can no longer remain silent.

As previously reported, during the tenure of Sheriff Henderson lateral transfers from our department to other agencies have occurred at an unprecedented rate, with 17 deputies leaving since 2019 – more than during the entire 28-year span of the prior administration. Our full-time road patrol is budgeted for 45 positions. There are presently only 26 Deputies in these positions, three more will be leaving in the next 30 days, and several of those that remain are actively looking for positions elsewhere.

Most of the deputies who have transferred were born and raised in this county and had a strong desire to give back to their community by becoming public servants. The culture created in this agency caused them to look elsewhere to serve. The experience and skill sets of these officers cannot be easily replaced. The deputies left are required to fill the shortfall in staffing to maintain minimum numbers to continue to provide public safety, being mandated for additional shifts several times a week. Despite these conditions, these deputies have continued to serve the community in a professional manner and will continue to do so.

The Ontario County PBA conducted a membership vote and by an overwhelming majority believes that the toxic culture created by the Sheriff coupled with the findings of the independent investigation have made the relationship between him and the county administration irreparable and does not have confidence in this Sheriff to continue to lead the Office of Sheriff."

This is a developing story, News10NBC will continue to follow this and update you as we get more information.