ROCHESTER, N.Y. (WHEC)— Officials from the Susan B. Anthony House are searching for answers after a fire ripped through the museum’s back porch Sunday morning. The president of the museum tells News10NBC that the interior is in good shape and firefighters were able to put the fire in minutes.

"We have such pride in that building and the staff and the hard work that they do,” Dawn Noto the president of the Susan B. Anthony Neighborhood Association said

The house, that’s considered a national treasure is picking up the pieces after the fire tore through the back porch, leaving behind damage that was once a piece of history that cannot be restored

"The porch that was there was built we think after Susan B. Anthony died," Deborah Hughes, the CEO of the Susan b. Anthony House said. "So whether we will be putting a structure there that’s older or what, that will probably take close to a year."

The fire happened Sunday morning. The fire leaving behind heavy damage as well as creating debris that scattered all over the ground. The Rochester Fire Department initially said they believed it to be suspicious, this afternoon they told News10NBC that they are retracting that information, but the fire is still under investigation. 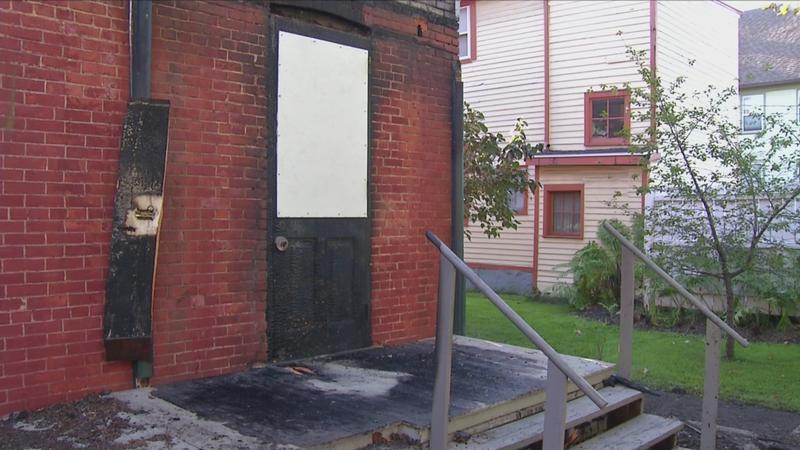 "We do have video cameras, and we did see someone who was in the back yard and then at the porch so there will be an investigation about that,” Hughes said.

Hughes added, that part of what is getting her through this difficult time is the extra care that the Rochester Fire Department took in saving beloved artifacts.

"They even took pictures off the walls that could have been at risk of getting wet and carefully stacked them in a safer place, where do you have that time and wonderful energy around that.”

Museum officials say this is the first fire at the house in 14 years. No injuries were reported.