ROCHESTER, N.Y. (WHEC) — While Rochester’s new e-bike and scooter program has been around for about a month, organizers and city leaders Thursday officially gave the program a public introduction.

HOPR Operations Manager Isaac Hutton told News10NBC the program is an effort for the future, to get people away from buses and towards more sustainable and effective modes of transportation.

#HappeningNow Rochester Mayor Lovely Warren is speaking during a news conference to formally introduce the HOPR bike and scooter program to the city. pic.twitter.com/AKpBKPqpHR

Among those who spoke during the introduction, was Rochester Mayor Lovely Warren, who made her first public appearance since pleading not guilty Wednesday to gun and child endangerment charges.

Warren did not address the case, but did ride on a HOPR scooter. 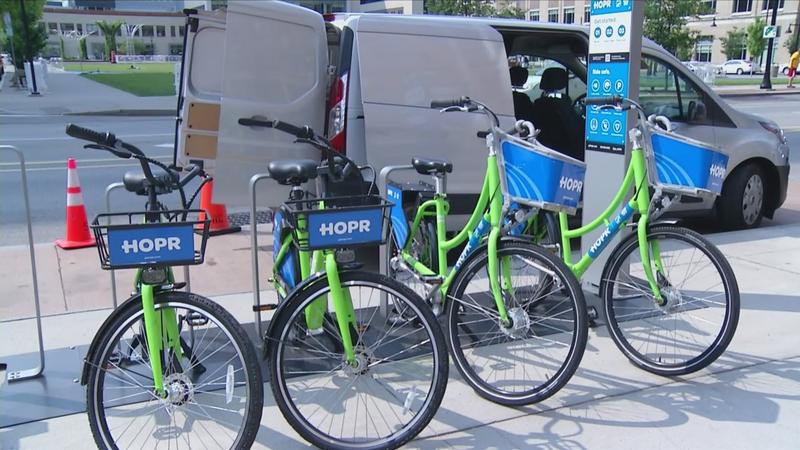 So far, HOPR has 35 active stations for you to rent a bike or scooter in the city, and organizers say they are planning to expand.