ROCHESTER, N.Y. (WHEC) — Rochester Police are searching for a man they believe has been breaking into several businesses, mostly near Park Avenue and Alexander Street.

News10NBC talked to one business owner who says her store has been burglarized five times, in the past five months.

Kerynn Laraby co-owner of Stem Rochester says her business has all the cameras it needs and locks on the doors, but the burglar keeps coming back.

Video of one break-in was captured by the security camera on their Ring Doorbell Friday night. It shows that it took just seconds, and two tugs on the door before the manmade it inside. His actual picture was also captured by the same camera. Laraby talked to us about the first time her business was burglarized back in May.

"They came in through the side door, broke into the back door, and stole some electronics like our laptop, some money out of the drawer, but that was the extent of that," Laraby said. "We have thousands of dollars worth of rare and exotic plants here, and he does not want anything to do with it." 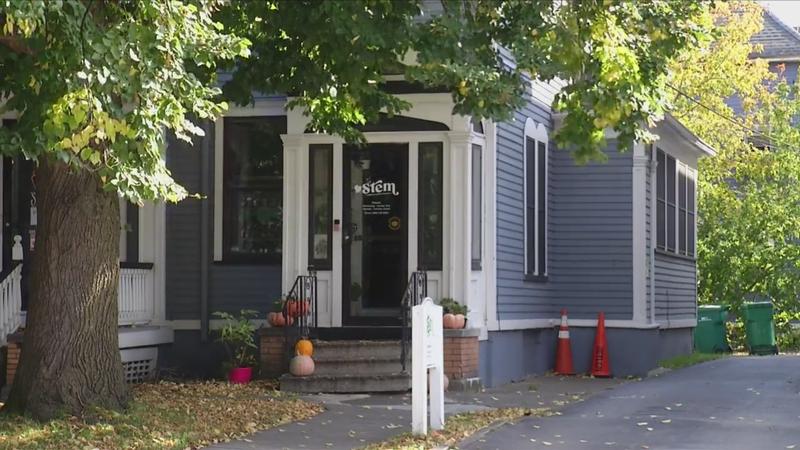 Laraby said police responded to that incident. Since then she’s been hit four more times, including last Friday’s break-in.

"He knows about our store. He’s unplugged our cameras before. He hides his face very well with items in the store, and this last time we did catch his face on camera," Laraby said.

Her camera caught him in action at around 9:45 that evening.

"When people are walking to and from the bars. We have a huge floodlight that is always on," Laraby said.

She said the police never responded Friday night. They did show up during her interview with News10NBC Monday morning.

"Better late than never I guess. I’m just happy that they came here, and watched the video. That’s all I can ask for," Laraby said.

She admits this whole experience is very frustrating.

"Me, and my co-owner Samantha, we’re single moms. We did this all by ourselves. We did it with out-of-pocket funds. So it’s heartbreaking," said Laraby.

According to the RPD Public Crime Map, there have been at least four other burglaries, including one involving a grand larceny in the same immediate neighborhood.

News10NBC did reach out to the department but has not yet heard back.