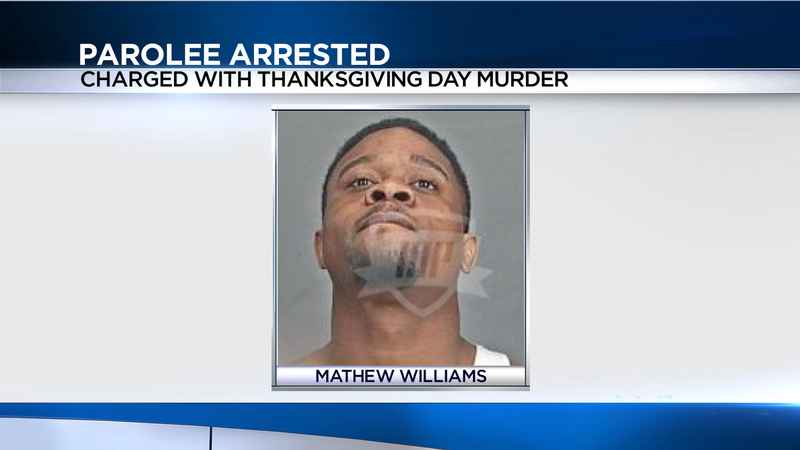 ROCHESTER, N.Y. (WHEC) — A parolee was arrested and charged with murder and attempted robbery for a deadly shooting that happened on Black Friday.

Davezhone Bratcher, 23, was riding in a car on Cummings Street going home after a Thanksgiving dinner on Nov. 26, 2021, when 31-year-old Mathew D. Williams robbed the car that Bratcher and a man in his 30s were in. Williams shot both of them according to police.

The driver of the car immediately drove himself to the hospital and was able to recover from his injuries.

The two other people in the car, including a 5-year-old child, were both unharmed.

Police say Williams was released from prison and paroled on Oct. 28, 2021, and police took him back into custody on Sunday night after an alleged domestic dispute.

Police say additional charges may be submitted to a Monroe County Grand Jury.