ROCHESTER, N.Y. (WHEC) — Police arrested a parolee after investigators found that he fired his gun into a crowd of 200 to 300 people on North Clinton Avenue on Tuesday morning. Four people were shot, including one fatally, at the gathering.

Quinjavis Lewis is charged with reckless endangerment and criminal possession of a weapon. He pleaded not guilty in Rochester City Court. Rochester police said that additional charges may come. Police have not commented on if they believe Lewis shot any of the victims.

The man who died during Tuesday’s shooting was Willie Wofford, 24. RPD transported Wofford to the hospital, where he died of a gunshot wound to the torso. Private cars took the other victims to area hospitals and all three are expected to survive. 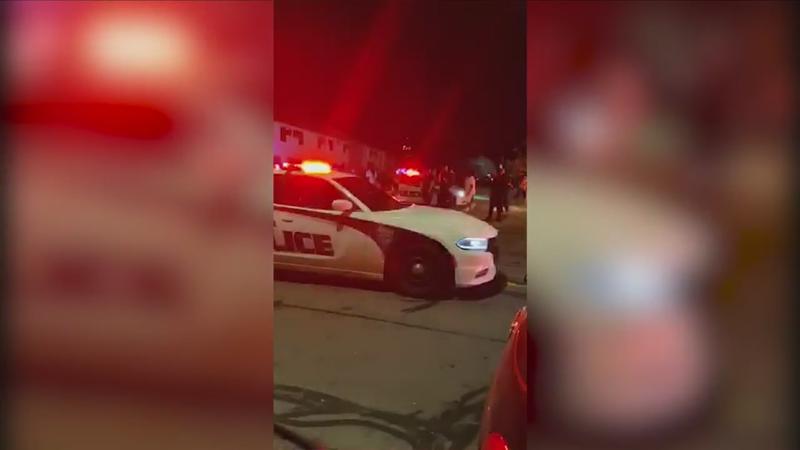 RELATED: What happens when a shooting victim is dropped off at the hospital by private vehicle?

An investigation determined that Lewis fired multiple shots in the direction of the four shooting victims. RPD took him into custody on Tuesday evening after he left his residence and he will be arraigned in Rochester City Court on Wednesday morning.

Police responded to a call around 2:45 a.m. for a man shot near the outdoor basketball court at Baden Street Recreation Center. There, officers found a crowd of 200 to 300 people including some that were fighting.

RPD said it was difficult to find Wofford and it was unsafe to transport him to safety with an ambulance because of the hostility of the crowd. Instead, officers used a patrol car to take Wofford for medical treatment.

Police later learned that a man in his 30s, a woman in her 20s, and a fourth victim were shot near the same gathering at North Clinton Avenue. The fourth victim arrived at Strong Hospital in a private vehicle around 4:30 a.m.

“The decision to between when I got there and decided, hey, I can’t get an ambulance in here, maybe a couple of minutes. Most it was just so fast,” Rochester Police Supervisor Sergeant Joseph Laiosa said.

RELATED: Neighborhoods "under siege" after weekend of 3 killed, 8 shot, 5 held up at gunpoint, 4 stabbed

A new cell phone video shows the aftermath of the quadruple shooting.

“I actually had several officers push the crowd back to make space for the patrol car. So I just grabbed the nearest officer and said, ‘hey, grab your blue and white, bring it up here, we’ve got to load this guy and go’,” Laiosa said.

Rochester police can be seen yelling get out the way and rushing the victim to a cruiser for help. Once the victim was placed in the car police say the crowd made it hard for them to get the victim out.

“Honestly, I was mostly thinking about the problem at hand of how to try to keep him alive, to get him to the hospital,” Laiosa said. “Then afterward, it just hits you of like, wow, did that really just have to happen like that? While we’re trying to save his life?”

Due to the hostility of the crowd, police said the ambulance could not safely get to the scene.

A patrol officer continued CPR in the back of the cruiser on the way to the hospital, where Wofford later died from his injuries.

News10NBC’s Raven Brown: "Do you think there would have been a different outcome, a response if there wasn’t a huge crowd around?"

Mayor Malik Evans released a statement commending the officers who worked to provide aid to the victim. He also has instructed the department to step up its enforcement of illegal gatherings.

Investigators believe that an altercation near the basketball courts escalated into a shooting and they’re working to learn more. Anyone with information is asked to call 911.