Pastor: Bail reform changes is ‘pandering’ to idea that the poor are more criminal

News10NBC Chief Investigative Reporter Berkeley Brean interviewed Ogden Police Chief Chris Mears about it on Thursday. Friday, he spoke to a pastor who was a driving force behind the reform.

The idea behind bail reform was to stop poor people charged with non-violent crimes from languishing in jail because they can’t afford bail, but it is now linked to the rise in violent crime.

"You know bail reform has been under assault since it was proposed," said Rev. Myra Brown, pastor of Spiritus Christi Church.

Two years ago Rev. Brown mediated a conflict between police and protesters. We talked because of a New York Post story outlining the governor’s changes to bail reform based on a 10-page report leaked to the paper. 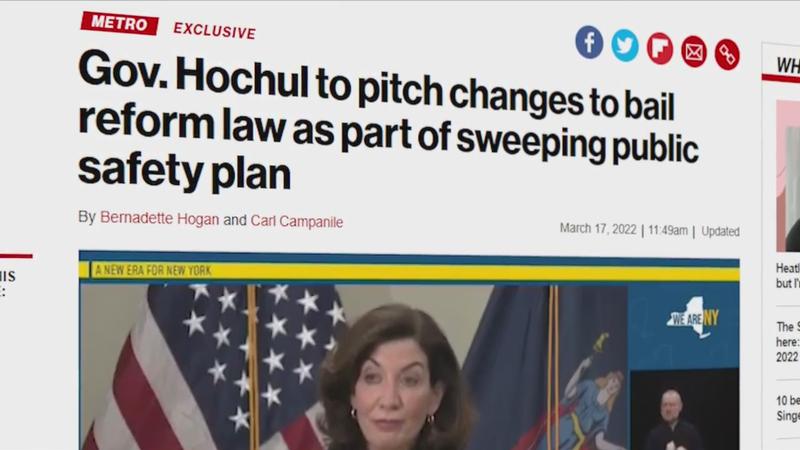 "It’s pandering to this notion that poor people are more criminal," Brown said.

Brean: "Is there any change you think ought to happen with the bail reform law?"

Rev. Myra Brown, Spiritus Christi Church: "Are there improvements they could make? I’m sure there are. But I don’t think it’s this. I don’t think it’s going back to see how we can punish the poor again even if they don’t commit a violent crime."

In her newsletter today, District Attorney Sanda Doorley says her prosecutors argue the "accusation of a violent offense…" makes a person "a flight risk" but "our arguments are not accepted" by judges.

She writes, "judicial discretion remains for most violent offenses."

"These are good common-sense changes that will serve to immediately make people safer," he said.

"I’ve actually been at some of those tables with police chiefs who have said that," Rev. Brown said. "But when we ask for the data, they admittedly say the data doesn’t bear that out. It’s just a feeling we have. And we can’t be changing laws based on people’s individual perceived feeling because they don’t like the law."

The New York Post says the Bail Reform reform will be in the governor’s budget. In Rochester Wednesday, the lieutenant governor said "We have a number of public safety concerns that we must address and we will address them in this budget."

Gov. Kathy Hochul refused questions on it in Buffalo Friday.

The budget is due April 1.