WALWORTH, N.Y. (WHEC) — Wayne County Deputies arrested a Penfield man on Monday for stealing from an elementary school in Walworth.

It is alleged that Chase French, 18, unlawfully entered the Freewill Elementary school in the Town of Walworth on two separate dates In April 2022.

While inside he damaged and took property belonging to the Wayne Central School District.

French will appear before the Town of Walworth Court at a later date. 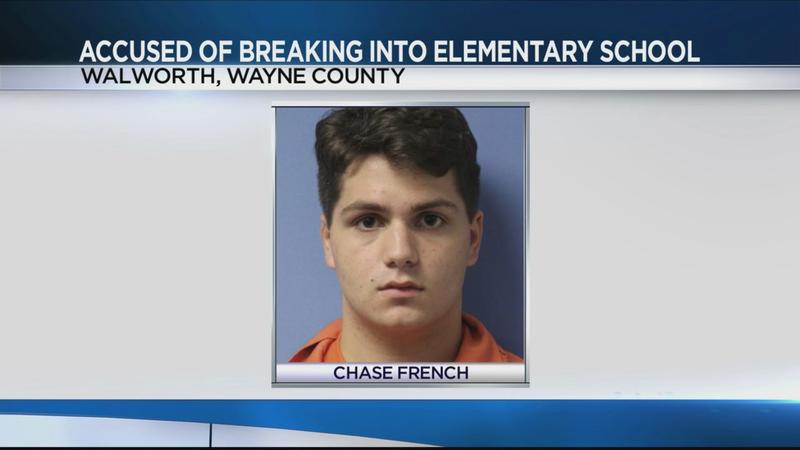