PENFIELD, N.Y. (WHEC) — The Monroe County Sheriff’s Office is investigating a threat made against the Penfield town supervisor.

The threat was made Tuesday, the same day News10NBC interviewed the supervisor about reassessments of properties in the town, including some that exceeded $100,000.

The threat was a voicemail left on the town supervisor’s office phone. The sheriff’s office says it sounded like an older man and he sounded angry.

"I started three short months ago," Supervisor Marie Cinti told me Tuesday morning. Cinti made the difficult choice to do a townwide reassessment this year.

A reassessment was postponed for two years before she took office. 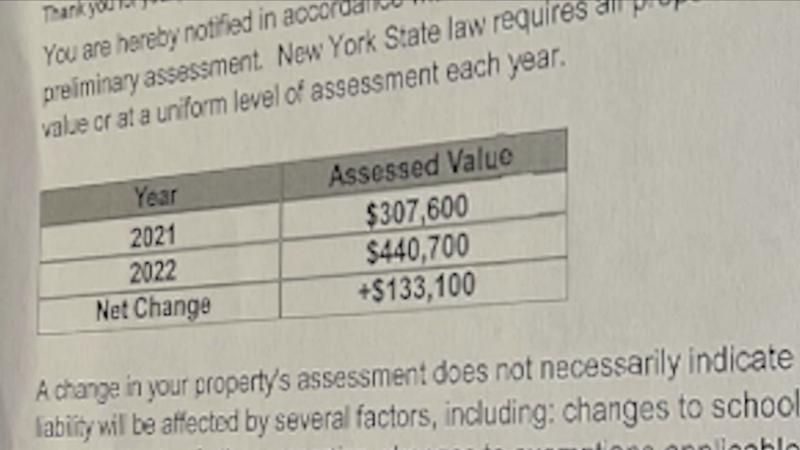 "And I don’t really believe in kicking the can down the road," she said.

But about one hour prior to our interview, Cinti got a threatening message on her office voicemail. Sheriff’s Captain Scott Alberti listened to the message.

Brean: "And without getting into exactly what was said, what was your reaction when you listened to it?"

Capt. Alberti: "Like I said, the demeanor was very serious. So we’re taking it as a serious threat."

In February, the New York Times reported more than 75 indictments of people charged with threatening lawmakers since 2016.

A report by the Brennan Center for Justice found that one in six election officials have personally experienced threats, the majority of them on the phone.

My story on reassessments showed some properties got six-figure increases, including one that went up by $133,000.

Brean: "Based on the message, what do you think she was threatened for?"

Capt. Alberti: "You know we don’t normally get into those details for an investigation. A threat is a threat. We still investigate it."

I asked to listen to the voicemail but I was not allowed.

Supervisor Cinti declined to talk about this on camera as well. A statement from the town said "The Town is actively working with law enforcement to investigate the matter. The safety and well-being of all Town employees remains a top priority."

The sheriff’s office said the potential charge here would be harassment.

There is a charge on the books in New York, Section 490.20, called "making a terroristic threat." A person is guilty of that if they try to quote "influence the policy of a unit of government by intimidation."