PENFIELD, N.Y. (WHEC) — Two ghost guns have been seized and a man is charged after an incident behind the Penfield Tops Wednesday.

Deputies say Thomas McMindes, 18, and three others met behind the Tops Wednesday night around 8:30 p.m.

There was an argument, during which deputies say McMindes pulled a gun from his waistband and aimed it at one of the individuals, a juvenile. During the confrontation, the juvenile momentarily obtained the firearm, removed the magazine, and discharged one round in the chamber to the ground.

No one was injured and all four individuals left the location.

Upon further investigation, investigators located McMindes at 15 Glazer Dr., Penfield. During a search of the residence, investigators recovered two 9mm ghost guns, one utilized in the incident outlined above, and several boxes of ammunition. Investigators also recovered the magazine. 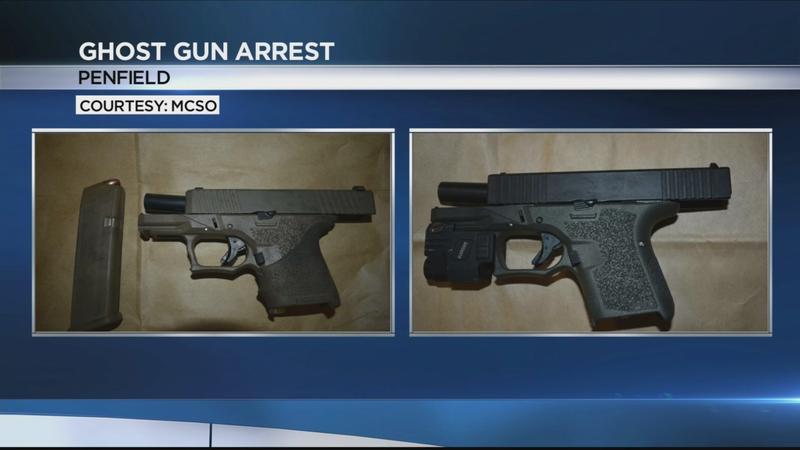 MCSO said "The tenacious actions of our investigators and deputies led to this arrest and the recovery of two ghost guns
with potential to be used in future homicides. Thank you to RPD for its K-9 assistance."