Pet of the Week: Bossy 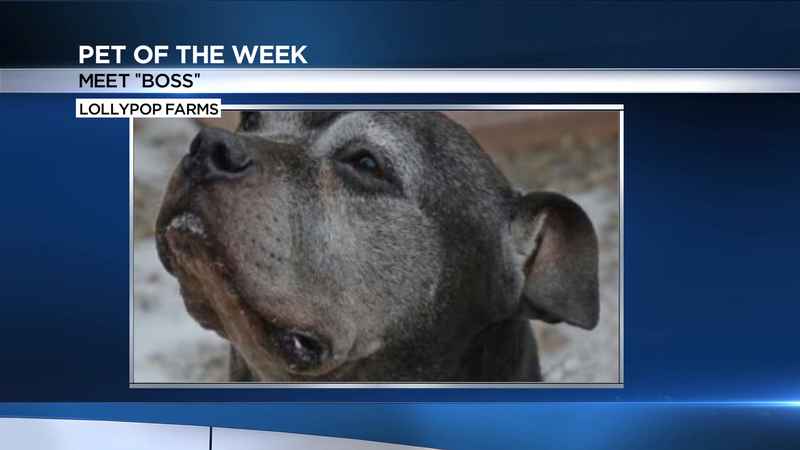 ROCHESTER, N.Y. (WHEC) – Meet the Bossy Guy! He is the best friend you’ll ever meet. He’s an older gentleman but sometimes he likes to show off that he can still be a puppy! He’ll play fetch a few times and then decide that it’s time to sit down and get snuggles once more. Boss is a goofy man who loves his toys, specifically, his cheese bone. He’ll take his cheese anywhere. He’s become quite the celebrity on the farm walk because he never leaves his kennel without a bone in his mouth, and almost always that bone is his cheese.

Boss came to Lollypop as a stray, found wandering the streets in the city. He didn’t know any commands when he arrived, but with the hard work of the kennel team he’s learning behaviors left and right! The best one by far that he’s learned is his "face, where someone will ask him to give his face and he’ll do his signature Bossy Guy smirk.

Bossy would like to be the only pet in his retirement home, getting all the attention from his new people. He’s not very fond of dogs, and smaller animals might be a bit too small for this big boy. He would prefer a home with adults only, or calm older kiddos that can go at his pace.

He’ll be patiently waiting for his retirement home, and getting lots of belly scrubs and chewing on his cheese until then.