NEW CITY, NY (WHEC) – Summer Softball leagues are in full swing across the state. Lots of players are vying for state titles, including a Pittsford 12U All-Star team.

After going undefeated in districts and sectionals, they’re in New City, NY for the state semifinal game on Tuesday against Massapequa. If they win, the team advances to the championship game on Wednesday night. With it being double elimination, a loss would give them another shot at advancing after tomorrow.

"Pretty much the majority of the team has been together since they were eight and nine years old," said head coach Jessie Hollenbeck. "So it’s the best part is just watching them improve and just become closer friends and better teammates. And we’ve got a really awesome group of parents. So that makes it even more enjoyable. You know, we’ve got awesome people to be around and we get to enjoy some stuff that while we’re at it." 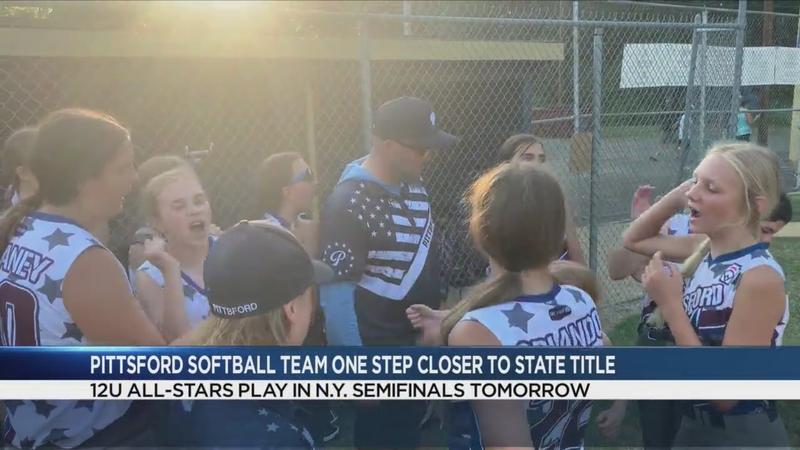