A draft decision of the Supreme Court’s Dobbs v. Jackson Women’s Health Organization case was leaked for the first time in history earlier this week. Supreme Court Justices still have about a month before the decision is final during which they could change their votes.

The draft decision would effectively undo Roe v. Wade, meaning that individual states would have the ability to set their own laws about abortion. New York lawmakers have said that abortion access will not change for New Yorkers if this happens.

News10NBC’s Stephanie Duprey spoke to both sides about the abortion debate.

Hundreds of people were out for the Planned Parenthood rally in support of abortion rights at Parcel Five, in downtown Rochester. 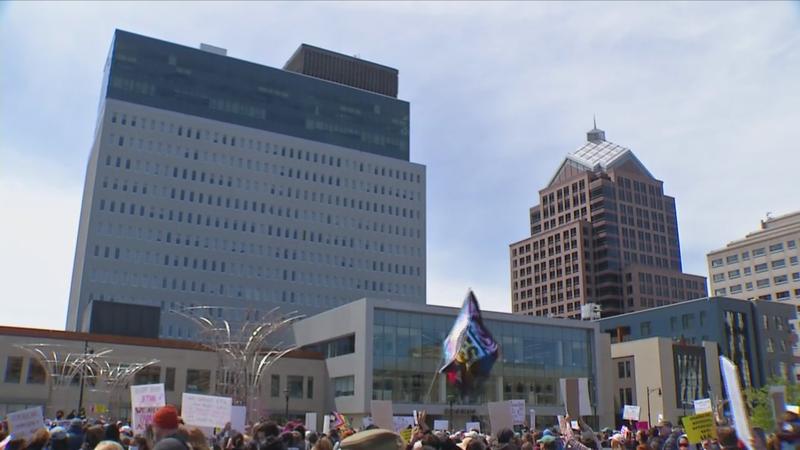 “We have the right to our productive health, we don’t have five justices that can just tell us that we don’t have that right anymore,” Barbara Moore said, the VP of the national organization for women Rochester chapter.

“I want my daughter to have the same choices I have. This is outrageous and I can’t believe this is happening in our lifetime,” Linda Lopata said, who is pro-choice.

“We believe in allowing their side to speak freely and to express themselves and we welcome that and we don’t think there has been enough dialogue surrounding this issue,” Feminists Choosing Life of New York VP, Cecelia Lester said—who was not at Saturday’s rally.

Lester says her organization will plan to have its own rallies, but believe resources and pressure of social responsibility are part of the issue.

"70 percent of these women are saying they’re doing this because they feel they don’t have any other choice, and don’t have resources to care for this child. Roe has made it so we don’t listen to these women because it’s easier for society and everyone else around them that abortion exists,” Lester said.

One thing both sides are fighting for is the support of women.

“We need your support, that you have to come out here and fight for this that we need to keep healthcare for women a right, we also need men out here as allies,” Lisa Kostecki said, a pro-choice protestor.

“We hope that pro-choice feminists will come to help these women and make them realize that people are supporting them and will help them,” Lester added.

The US Senate will vote next Wednesday on a procedural motion related to the Democratic bill to protect abortion rights. It needs 60 votes to move forward with the Women’s Health Protection Act of 2022.