Plow crews work around the clock

GATES, N.Y. (WHEC) – With all the snow in our area, plow trucks were busy on the roads before many of us were even awake.

News10NBC’s Reporter Jenny Ly went along for a ride in one of the plow trucks in Gates to see all the action.

“It’s been white out conditions on and off, a lot of sleet,” said Mike Egan, a plow driver for the Town of Gates. “We’ve been working since midnight last night until now. We’ve done the mains and the subs complete four times already, and they’re finally starting to look good.”

Ly: So would you consider this road relatively safe now?

Egan: Oh yeah, it’s good to go. It’s nice and black. It’s got driving lanes. If you look behind us it’s black – it almost looks like new pavement. 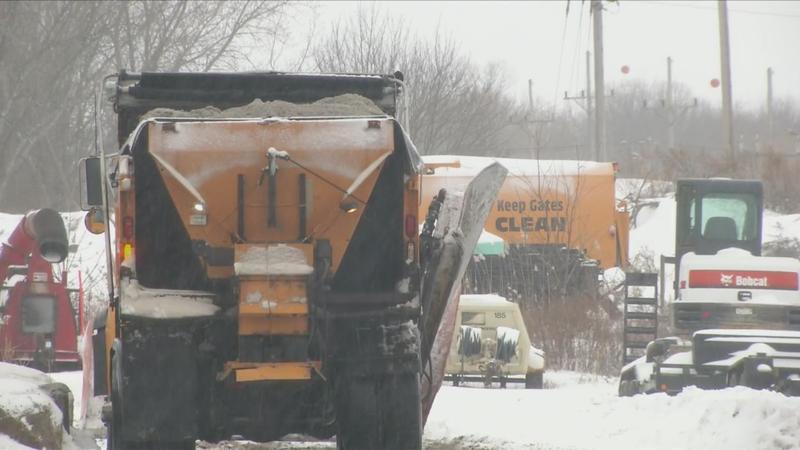 “We’re just cleaning the roads for the public and first responders – including ourselves – just to get and out of work and for the residents of Gates just to go about their daily routines,” Egan said.

“We’ve had some employees be out due to COVID,” Rappazzo said. “We actually have two out right now, but it hasn’t been to a detriment to the town; we’ve been able to manage and get down what we need to get done."

The highway superintendent says it was a busy morning for him and his crew of 16 drivers, and he, too, joined in on the roads.

“When we started, it really started coming down and then it switched to kind of sleety, icy stuff, so a lot of freezing up of windshields and wiper blade and the roads got kind of slick. Then it was heavy – many stuck cars on the road… I think helped three or four people get out of snow banks,” Rappazzo said.

Rappazzo says helping people is something he enjoys to do in this job.

Winter storm conditions have seemed to calm down through the course of the day into the evening. The highway superintendent says his team is ready to go though in case anything major happens.