CANANDAIGUA, N.Y. (WHEC) — Two teenagers are facing charges in an armed robbery in Canandaigua and police say it’s not the first time that they’ve been accused of doing it.

It happened on Tuesday just after 9 p.m. inside a Jefferson Avenue home. Police say two teenagers threatened the resident with a knife and stole property before running off.

Police say they found the suspects in a West Gibson Street home just before 2 a.m. and arrested them — a 17-year-old Rochester resident and a 13-year-old Newark resident — who Canandaigua Chief of Police Mathew A. Nielsen says were both previously arrested for a similar incident that happened back on Nov. 2 in Gates.

Nielsen said while the 17-year-old was waiting to be arraigned in Ontario County Youth Part Court, he escaped.

Nielsen said an officer was injured in the process of bringing him back into custody. 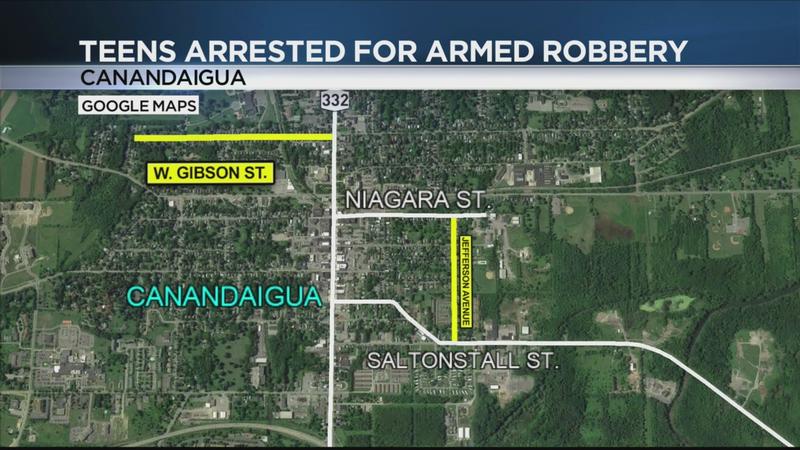 The teenager was found inside a garage on Gorham Street, which police say led to a brief shelter in place notification going out to residents.

Nielsen said the 17-year-old is facing charges of first degree robbery and first degree escape and the 13-year-old was turned over to the Wayne County Sheriff’s Office, as he’s listed as a missing person in Wayne County, and also has arrest warrants from the Newark Police Department.

More charges are pending against both of them, according to Nielsen.