ROCHESTER, N.Y. (WHEC) — Rochester’s Police Accountability Board is set to meet Thursday night, it’s the group’s first meeting since the grand jury decision was announced in the Daniel Prude case on Tuesday.

Board members did not say what will be discussed at the meeting. PAB members observed the first couple of days of protests in response to the Prude decision, and still have a pending investigation into the Rochester Police Department’s handling of previous protests, among other policies.

Board Chair Shani Wilson released a statement into the Prude case on Tuesday.

"The PAB extends its condolences to the family of Daniel Prude and all those struggling with today’s news. Throughout our city’s history, criminal prosecutions have failed to deliver justice for Black and brown people harmed by police. This fact is why our community overwhelmingly voted to create a new system to hold the police accountable: the PAB. Every failure to deliver justice for officer wrongdoing proves that the PAB needs to have its disciplinary powers returned, its investigations unimpeded, and its work fully funded." 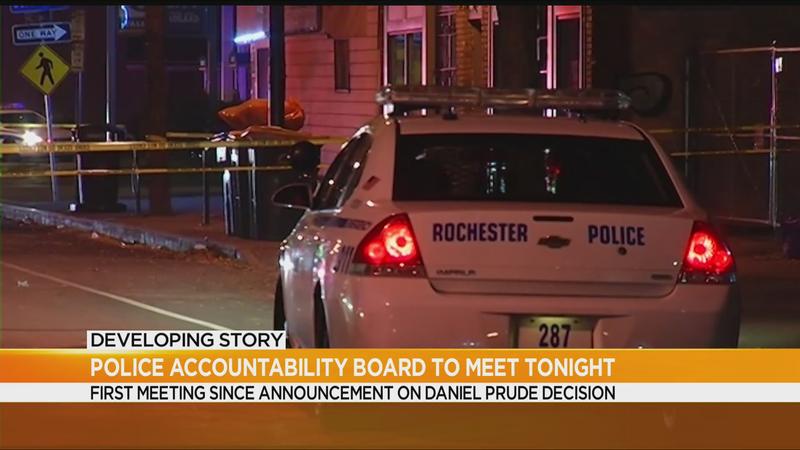