Police: At least 1 shot fired at Carter Street R-Center, no one struck

ROCHESTER, N.Y. (WHEC) — Rochester Police confirm at least one gunshot struck the Carter Street R-Center Tuesday evening, but say no one was hit.

It happened at around 4:15 p.m. Police were called to the recreation center for a report that shots were fired at the building, and it was going into lockdown.

News10NBC sent a crew to the scene. They found a bullet hole in one of the building’s windows. Norton Street was blocked off near Carter Street when they arrived but it has since reopened.

Here’s the hole in a window left by what Rochester police now confirm was at least one gunshot that hit the Carter Street rec center.
A neighbor reports hearing multiple shots.
Kids inside say they didn’t hear the shots but DID hear the bullet punching through walls. pic.twitter.com/XpVkAYbWEh

The children were first taken to the building’s gymnasium before being cleared out of the recreation center. The lockdown lasted for around a half-hour to 45 minutes.

Young people at the Carter Street Rcenter say staff herded them away from the front of the building into the gym.
Rochester police locked the place down until they could establish there was no immediate threat.
This mom and daughter tell us it was a tense half hour… 45 minutes… pic.twitter.com/CTONizmTqb

"Walking out of the room to go to the gym and we just seen the bullet come through and thank God we didn’t get hit," said Anastasia Johnson, who was inside the R-Center.

"They’re terrified, I had my daughter call me, my son call me and then my little sister, they’re calling me they’re Facetiming me, ‘Where are you?’ and I said, ‘Listen y’all I’m coming as fast as I can,’" said parent Sabrina Parker.

Major police presence outside of Carter Street recreation Center in Rochester
Neighbor reports hearing numerous gunshots.
Dozens of kids who were sheltered inside have since been cleared out. pic.twitter.com/rMLsDK0ONU

Norton Street east of Carter Street has now been reopened. 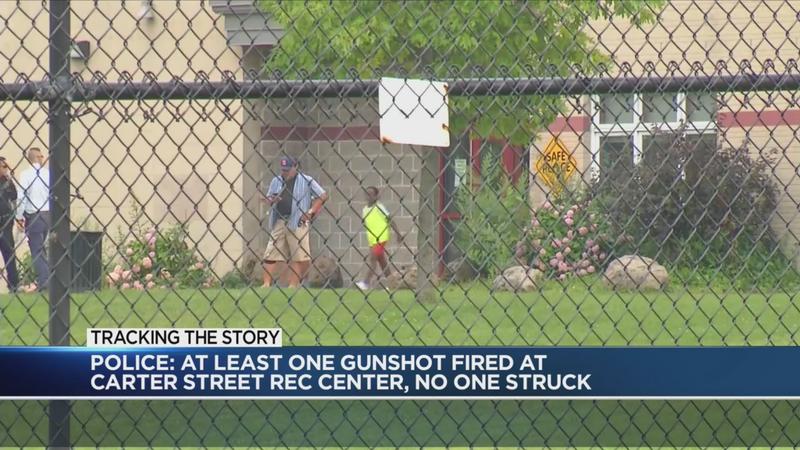 Police confirm at least one shot was fired at the recreation center, and there were people inside and outside of the building when it happened. The R-Center has reopened.