Police: Driver leads troopers on chase into City of Rochester

According to Rochester Police, troopers spotted a car that was reported stolen, and when they tried to pull it over, officers say the driver sped off.

RPD assisted in the chase, which eventually ended on North Street near Clifford Avenue around 1 a.m. A News10NBC crew on the scene saw the car had a missing tire and was smoking a bit.

While RPD was able to give some information, this investigation is ultimately being handled by NYSP. News10NBC has followed up with troopers, and we are working to get you more information about what happened. 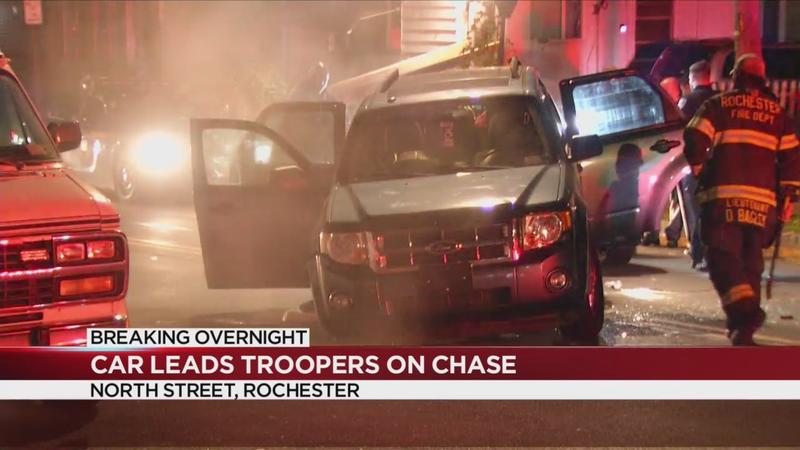