MACEDON, N.Y. (WHEC) — Police have identified the man who drowned after he jumped into the Erie Canal to try and save his dog Tuesday morning.

Macedon Police Chief John Colella told News10NBC Singer was fishing with his son and their dog by the stairs that lead to a landing area in front of Lock 30. Somehow the dog fell in the water.

Singer jumped in after the dog, but he never resurfaced. His body was found by the bend a few yards from the lock.

Macedon Police say a man who was fishing here at Lock 30 drowned this morning after trying to save his dog after it fell into the water. The dog made it back to shore. pic.twitter.com/Ka7a9HlSBu

"Upon arrival officers were able to talk to witnesses who observed an individual had jumped into the canal to try and save a dog that fell into the canal. The young child was on the shoreline safe." Coella said. "He’s been reunited with family." 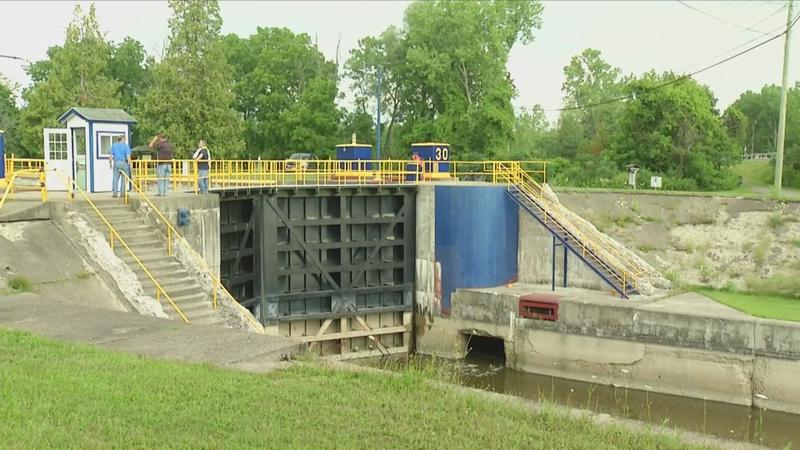 Coella said the man jumped into water that was about 9 feet deep.

"There is a strong current that right next to where the lock empty’s out, but the doors were closed at the time, but there is a spillway that creates turbulent water underneath there," Coella said.

Lock 30 is a popular fishing spot for locals. Don Vogan comes down here with his dogs all the time.

"This is such a peaceful place. A lot of people come down here and fish. That’s their hobby. They enjoy it. You don’t think anything of it, and I’m sure that what he was doing. Just doing what he likes to do," Vogan said.

Coella said the dog was able to swim back to shore and is OK. He has this bit of advice for anyone coming to this spot.

"We remind people that when they’re going to be close to the canal, this canal has a very strong undercurrent. They should always wear a personal flotation device if they’re going to be on the shoreline because it’s not a very safe location. Especially once the canal doors open," Coella said.

The son was also not hurt.