ROCHESTER, N.Y. (WHEC) — Police have identified the man who was killed in a double shooting that occurred Friday afternoon.

That man has been identified as Sharell Brown, 43, of Rochester. The other man who was shot was seriously injured.

The crime scene spanned from the Lake Avenue and Phelps Avenue intersection and included the building that contains Lake Ave. Food Market on the first floor and apartments on the upper floors, as well as 15 Phelps Ave., an apartment next door to the store.

Police say the injured man was found shot outside of the store, but they don’t believe he was shot there. He was taken to Strong Memorial Hospital with life-threatening injuries.

Police report one man found wounded outside a shop at the corner of Lake and Phelps.
That led them to the discovery of a second shooting victim, dead, nearby. pic.twitter.com/uoSKd0iM5Q

"It’s a toll on everybody," said Capt. Steven Swetman. "I’ve talked about it recently. It’s a stress on the resources. A stress on the people responding, the people who need cops to respond to their house, they’re tied up on this. You can see how many officers are here on the scene. Takes a lot of people to respond to these and actively investigate things so it’s tough for everybody."

Brown was found dead in an apartment. Police say they believe both men were shot at the apartment, but the wounded man made it next door.

This comes after a violent few days in Rochester. On Thursday, a man was shot while he was outside grilling near Jefferson Avenue and Barlett Street and on Tuesday, a man was seriously injured in a shooting on Thurston Road. Both incidents happened during daylight hours. 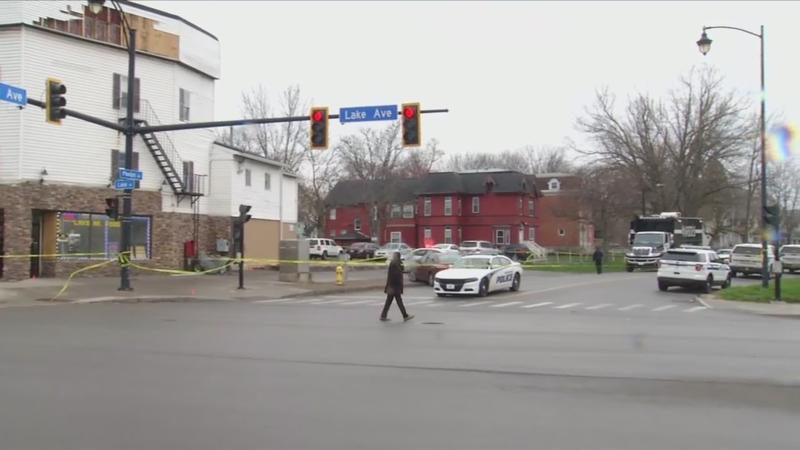 Police investigate a deadly double shooting where the scene included 15 Phelps Ave. and the area outside Lake Ave. Food Market on April 15, 2022.[News10NBC]

"This is another one, and I’ve already had a couple on my shift already, couple days ago. So. We’ve definitely had enough already," Swetman said. "It’s tough for everybody, police, fire, EMS, hospital staff. We keep talking about that. It’s difficult."

Police said as of Monday, they still don’t have any details to share about what led up to the shooting.