ROCHESTER, N.Y. (WHEC) — The Frederick Douglass statue on Main Street in Aqueduct Park was toppled and Rochester Police are working to find out why and how.

Police say the statue was collected by City of Rochester Special Services.

The Rochester Police Department is investigating the circumstances around the incident. It confirmed early information shows the incident happened Wednesday.

This is not the first time a statue of Douglass was defaced, as a statue in the Maplewood Rose Garden was torn off its pedestal and damaged last July. It was later replaced. 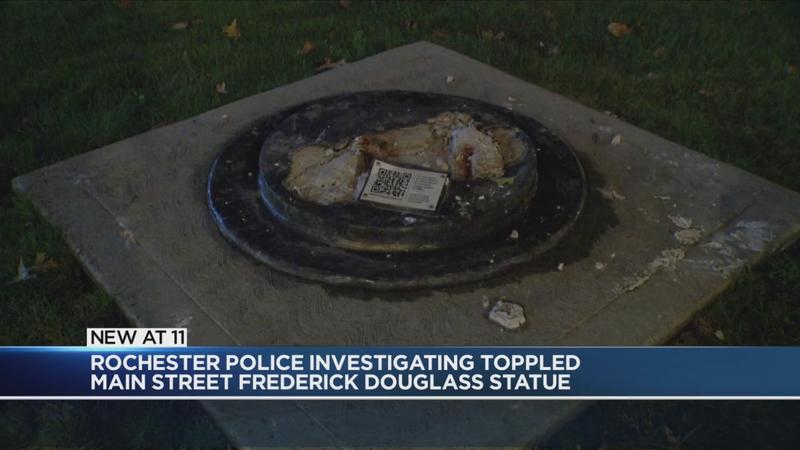 The base of the Frederick Douglass statue in Aqueduct Park after it was toppled, Sept. 15, 2021.[News10NBC]