Police investigating two shootings within minutes of each other

ROCHESTER, N.Y. (WHEC) — Police are investigating two separate shootings that happened within minutes of each other.

Police responded to the area of Glendale Park and Dewey Avenue for a possible shooting just before 5 p.m. tonight. When they arrived, officers located a 19-year-old man with at least one gunshot wound. As officers were investigating, several people encroached on the crime scene and more officers were needed to respond to deescalate the group.

The victim was transported by ambulance to a hospital where he is being treated for what are deemed non-life-threatening injuries.

A few minutes later, at approximately 5:20 p.m., police responded to the 600 block of Lake Ave. where they located an 18-year-old woman suffering from at least one gunshot wound.

Investigators say that the victim sustained her injuries in the area of Bleile Terrace. After being shot, the victim drove from the scene and stopped on Lake Ave. where officers met her. She was transported by ambulance to a hospital where she was treated for non-life-threatening injuries. 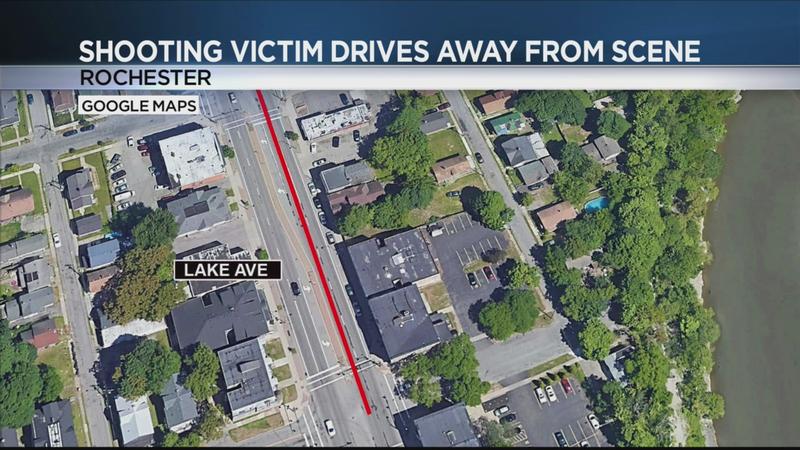 Currently, there are no suspects in custody and the investigation is ongoing. Anyone with information is asked to please call 911.