Police: Investigation into 2 shootings and 2 robberies leads to 2 arrests

ROCHESTER, N.Y. (WHEC) — Two 17-year-olds, both from Rochester, were arrested after a police investigation into two shootings and two gunpoint robberies that all happened in July, but only one of the teenagers was charged in all four of the crimes.

Police say the first incident happened on July 10 on Oriole Street. An 18-year-old man was shot and injured.

Then, on July 18, a 17-year-old boy was shot in the torso on Driving Park and was injured so badly that he required surgery and hospitalization. 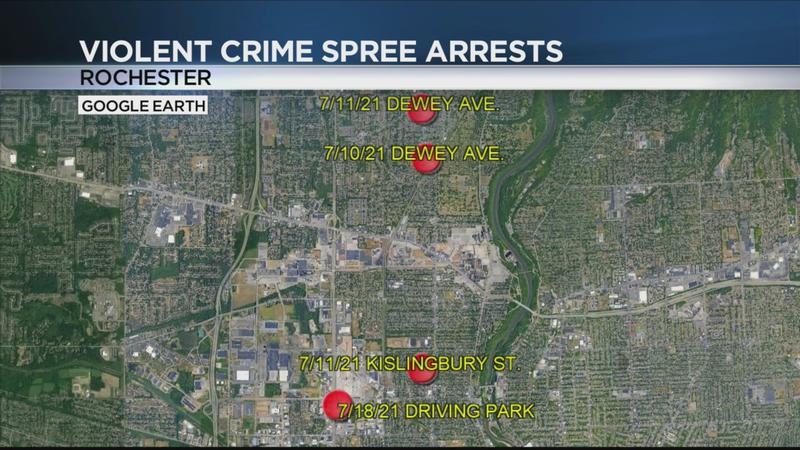 Police say both suspects were remanded to secure detention.