Police: Man in critical condition after hit and run crash on Hudson Avenue

ROCHESTER, N.Y. (WHEC) — Police are searching for a driver in connection to a hit and run crash that left a man in critical condition Wednesday night,

Police received a 911 call for a pedestrian struck near the intersection of Hudson Avenue and Dunn Street around 10:30 p.m

Capt. Ryan Tauriello said investigators determined the victim was trying to cross Hudson when he was hit by a vehicle headed south on the road. The driver did not stop.

The victim was taken to Strong Memorial Hospital, where he remains critical.

Roads in the area were blocked off for roughly two hours but later reopened. 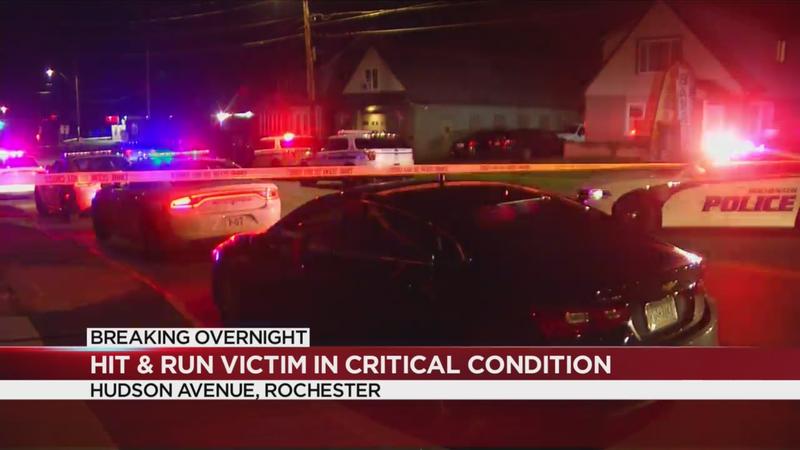 "We have nothing evidence suggesting any intent but I will tell you as always with these motor vehicle accidents we always treat them as a priority and as serious as they can be so of course we have a lot of people here trying to investigate this and figure out what happened," Tauriello said.