ALBANY, N.Y. (WNYT/WHEC) – Police in Albany are investigating an incident that left an officer and a suspect injured Monday afternoon.

Police say this all began as a domestic dispute just before noon Monday in the area of 100 Franklin Street. While there, police realized the man had outstanding warrants from past arrests. They say he stabbed an officer as police tried to take him into custody. Police then shot that suspect.

The officer is recovering from a stab wound to his bicep. The suspect is in stable condition with a gunshot wound to the torso. 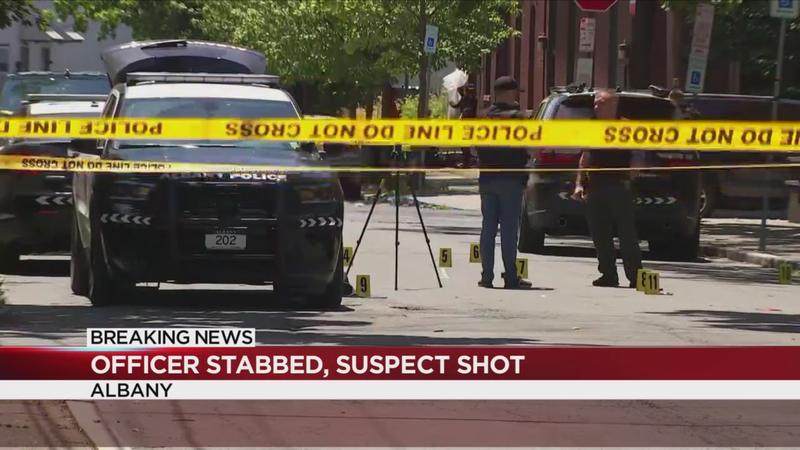 Police investigate a crime scene on Franklin Street in Albany.[WNYT]