ROCHESTER, N.Y. (WHEC) — A Rochester parolee was arrested after police say he fired a gun into an Irondequoit apartment building with a 7-year-old inside.

It happened at around 1 a.m. on Saturday on Strathmore Circle off of Norton Street.

The bullet went through a second-story window and hit the ceiling, but police say, luckily, no one was hurt.

Jayquan Mobley, 25, was arrested on Tuesday in Rochester and charged with second degree criminal possession of a weapon, first degree reckless endangerment and endangering the welfare of a child.

Police say he was put on parole for a first degree robbery conviction back in October. 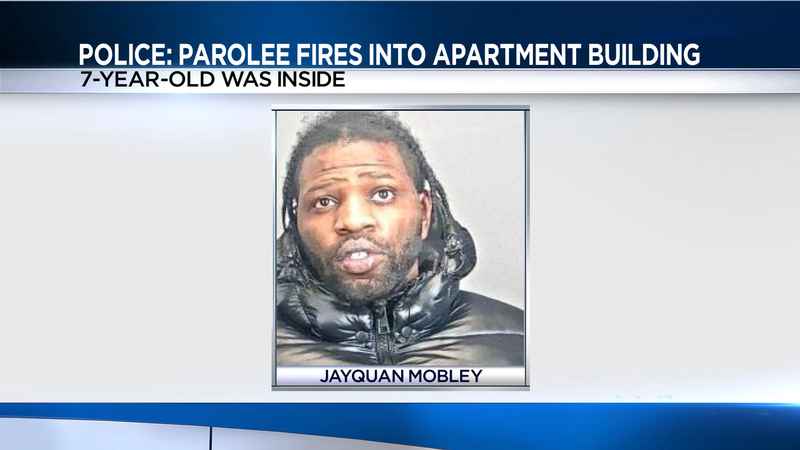 He was arraigned and remanded to the Monroe County Jail on $25,000 bail.