ROCHESTER, N.Y. (WHEC) — Police said that Orlando Santiago, a 42-year-old Rochester resident, is the victim of the drive-by shooting on Hudson Avenue on Sunday evening.

Officers responded to the report of an accident at the corner of Hudson Avenue and Ernst Street at approximately 4:30 p.m.

When they got to the scene they found a truck crashed into a tree. Inside the vehicle was Santiago who had multiple gunshot wounds. He was pronounced dead at the scene.

A witness who didn’t want to be identified said she lives on the 800 block of Hudson Avenue where the shooting took place. She said she heard rounds of shots and then watched from her window as the victim’s truck drove right into a tree

"A good six or more shots, I looked out my window and it happened so fast I saw the truck up on the sidewalk, hit the tree, and everyone ran to him to see if he was OK." 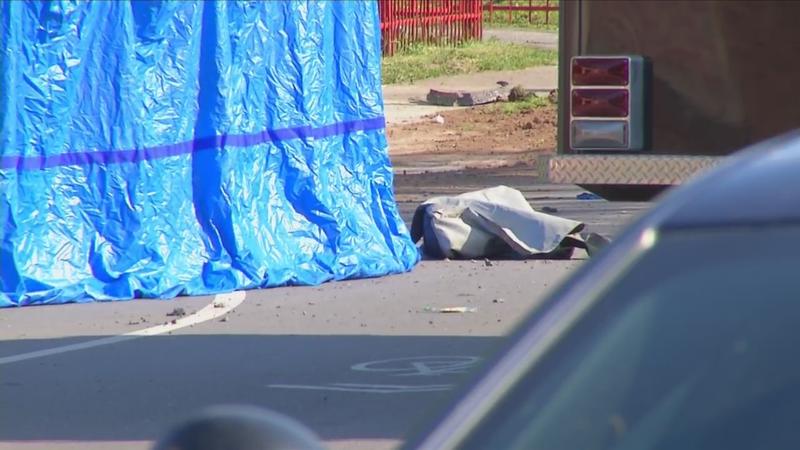 Police say that Santiago was driving North on Hudson Avenue near Roycroft Drive when an occupant of a second vehicle fired multiple gunshots directly into his vehicle, striking and killing him. When Santiago was shot, the vehicle careened off the roadway, traveled up the sidewalk for about a block, and came to rest against a tree.

The Rochester Police Department said that Santiago fatally shot someone in self-defense in 2019, when he was a security guard in Cedarwood Towers. A grand jury determined that Santiago’s shooting was justifiable, since the man he shot initiated physical altercations against Santiago and others.

Some neighbors who live on Hudson Avenue and Ernst Street say they heard screams of terror shortly after shots rang out. When they looked out the window, they weren’t prepared for what they saw.

"One lady was on him, talking to him, she was hysterical, he was alive at the moment, but when police got there he was gone."

The witness that we spoke to says it’s hard not to become desensitized to the violence when it repeatedly happens so close to home.

The Major Crimes Unit is conducting the investigation and is asking anybody with information to call 911, the Major Crimes Unit @ 585-428-7157, Crime Stoppers @ 585-423-9300, or email MajorCrimes@cityofrochester.gov. An anonymous tip can be made here.