BRIGHTON, N.Y. (WHEC) — A police report obtained by News10NBC sheds more light on the racist graffiti found at Our Lady of Mercy School for Young Women back in March.

The phrase written on a bathroom wall read, "This school is filled with a bunch of n*****s Get out or else". The police report indicates a student admitted to writing the phrase after she said she heard it uttered by a group of girls in an after-school club. The student claimed the girls were discussing racism in the school and how "nothing is ever done about it".

According to the report, the student said she "was angry that this was happening and by writing this on the wall she hoped that there would be better response to their concerns". You can read the full report here.

Brighton Police concluded by saying the evidence supported the offense of "Making Graffiti", but the school indicated the matter would be handled internally. 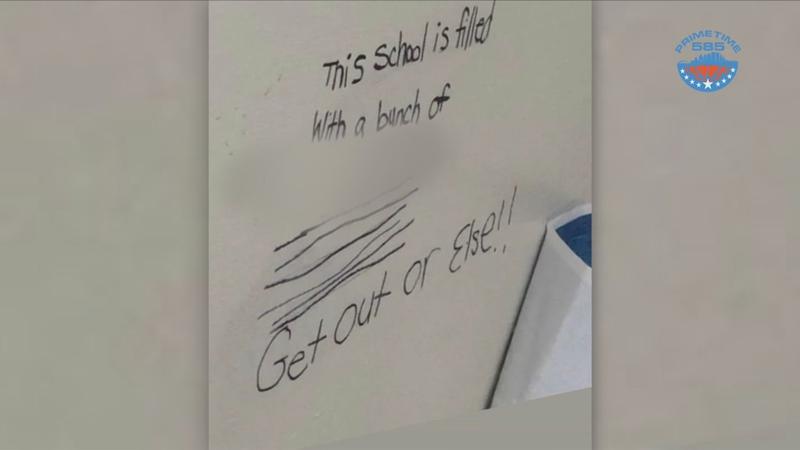 After the release of the police report, Mercy issued the following statement:

Our Lady of Mercy School for Young Women is committed to the Gospel values and the Critical Concerns of the Sisters of Mercy, one of which centers around the destruction of racism. We take seriously any event or action that causes harm to our students or school community and have zero tolerance regarding discrimination, harassment, or prejudice of any kind.

Over the past few weeks, Mercy held student assemblies and a listening session, in addition to faculty/staff and parent listening sessions, to address the pain we are experiencing in response to the incident with racist graffiti. These efforts are only the first of many events and initiatives Mercy will conduct over the upcoming days, weeks, and months to bring healing and understanding to our community. We are partnering with area professionals well-versed in restorative practices, communication, and healing. Initiatives such as these are a component of Mercy’s existing Diversity, Equity, and Inclusion plan and actions.

Guiding our young women as we seek true inclusion, empathy, and understanding of the many backgrounds and experiences our students have is, and will continue to be, a top priority. It will occur in formal settings like assemblies, and in more organic situations in how we mentor, facilitate conflict, and develop future world-class leaders.