ROCHESTER, N.Y. (WHEC) — The driver of a pick-up truck is nowhere to be found after the individual fled on foot after crashing the vehicle into a tree and light pole with two passengers trapped, police say.

According to RPD, officers responded to the 3700 block of Lake Avenue at 1:15 a.m. Wednesday for the report of a vehicle into a tree with people trapped.

When officers arrived, they found a single-car accident with two passengers trapped inside. RFD responded and freed both passengers from what police said was a heavily damaged truck.

According to police during their preliminary investigation, they say the truck was traveling northbound on Lake Avenue when it left the roadway and struck a tree and light pole. The driver then fled the scene on foot, leaving behind the two passengers.

One passenger is a female whose age is unknown at the moment. She was taken to Strong Hospital where she is in stable condition. 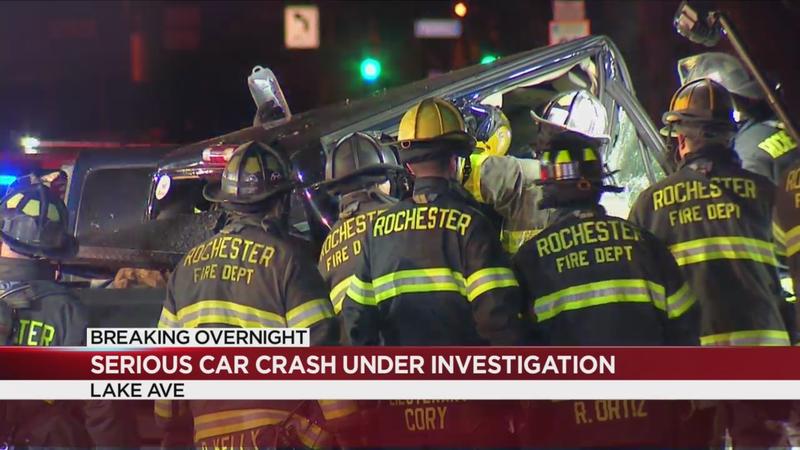 The second passenger is a male in his 40s who is also at Strong Hospital being treated for injuries that police say are considered life-threatening.

It is unknown what caused the truck to leave the roadway and crash. The driver is yet to be coated. Anyone with information is asked to call 911.