Police: Suspect steals SUV with 3-month-old inside and leads officer on a chase 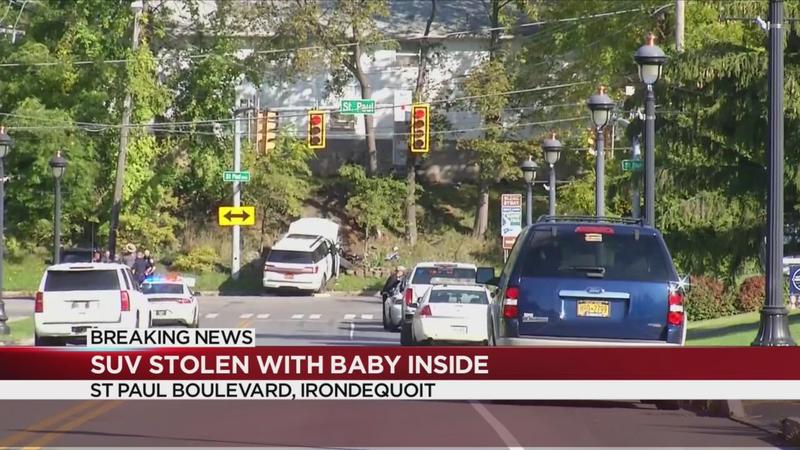 The crash at the intersection of Pattonwood Drive and St. Paul Boulevard on Oct. 12, 2021.[News10NBC]

IRONDEQUOIT, N.Y. (WHEC) — Police have recovered a 3-month-old after an SUV the child was inside was stolen and led officers on a chase Tuesday afternoon.

Police say it all started at 311 E. Ridge Rd. a little after 2 p.m. when the owner of the SUV left the engine running with the keys and the baby inside.

The suspect got inside and drove off with the baby still inside.

Police spotted the stolen SUV near Ridge Road and Dewey Avenue just before 2:30 p.m. and attempted to stop it, but the suspect kept driving.

The chase ended with a crash at the intersection of Pattonwood Drive and St. Paul Boulevard.

Rochester Police and NY State Police on scene of the end of a car chase on Pattonwood Drive in West Irondequoit. More details to come. pic.twitter.com/GKkwl9ZlEB

Police say the baby was recovered and does not appear to be hurt, but is being taken to Strong Memorial Hospital as a precaution.

Police say the suspect was caught at the scene, but the investigation is still ongoing, and at this time, police say they are not releasing any names.