ROCHESTER, N.Y. (WHEC) — Rochester Police say a teen is facing multiple charges as officers say she stole an SUV with its engine running and then crashed it, all with a 3-month-old still inside.

The teen appeared in court Wednesday, where she was arraigned on the charges, which included assault, reckless endangerment, and unlawful imprisonment, among other charges.

Police Tuesday said the teen hopped into the car at a plaza on East Ridge Road a little after 2 p.m. when the owner of the SUV left the engine running with the keys and the baby inside. Police spotted the stolen SUV near Ridge Road and Dewey Avenue just before 2:30 p.m. and attempted to stop it, but the teen kept driving.

The chase ended with a crash at the intersection of Pattonwood Drive and St. Paul Boulevard.

Police say the baby was recovered and does not appear to be hurt, but was taken to Strong Memorial Hospital as a precaution. 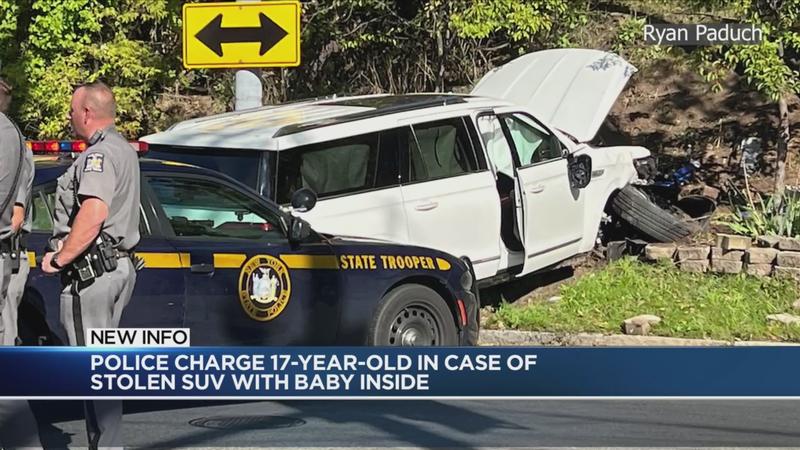 The teen was taken to Monroe County Children’s Detention Center.