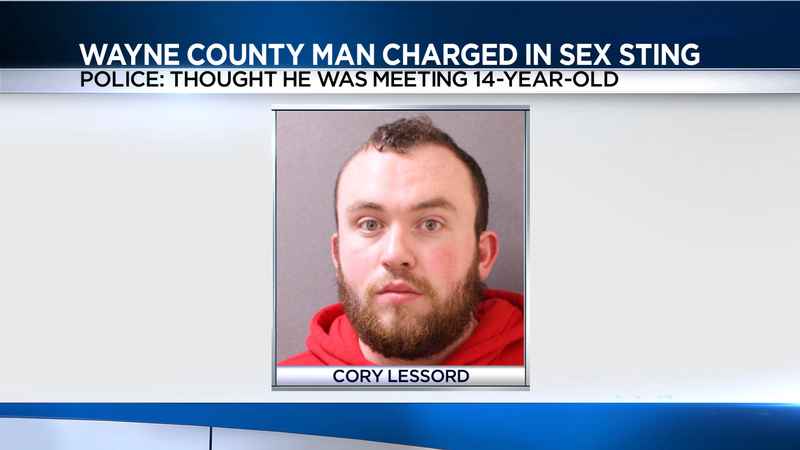 Police say Cory Lessord, 24, of Wolcott was arrested on Nov. 18 after attempting to have sex with a 14-year-old child who was really an undercover detective.

Lessord was charged with second degree attempted criminal sex act and released with an appearance ticket.

He is due back in Canandaigua City Court on Dec. 8.

Police say further charges against him are pending.