BUFFALO, N.Y. (WHEC) — According to our Buffalo affiliate, WGRZ in Buffalo, one poll results indicate that 59% of those surveyed would vote for the write-in candidate – the incumbent Byron Brown, while 28% would choose contender India Walton, the Democratic nominee.

It is a heated race between the two candidates. The poll, which was commissioned by co/efficient, is from a recently completed survey of 653 likely voters who were contacted by text and landline by the Kansas City-based Coefficient polling firm.

Potential voters also give Mayor Brown a 60% favorability rating versus 27% favorability for Walton. Walton does, however, hold a lead in the poll for younger voters between ages 18-34, ranking 68% to 29%.

When asked to those surveyed what the most important issues were, 31% responded with public safety, 18% economic growth, 10% education, 10% roads and infrastructure, 9% COVID-19 restrictions, 9% employment opportunities, and 13% other topics.

Per co/efficient, the poll was not conducted on behalf of any candidate or the candidate’s committee. 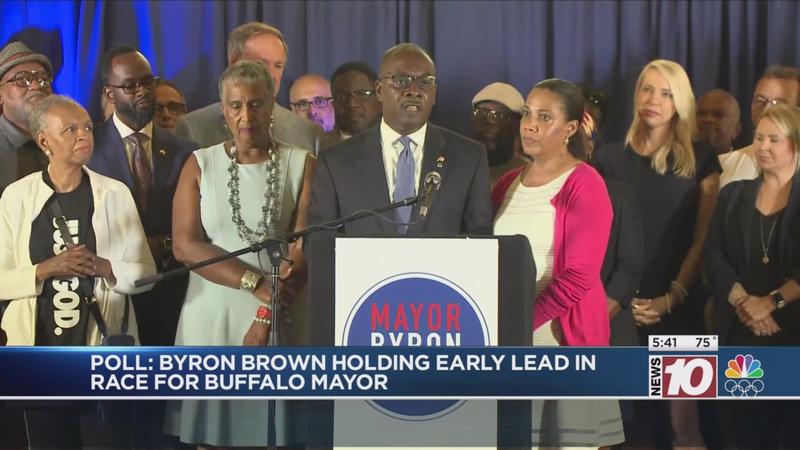