PARMA, N.Y. (WHEC) — We’ve gone through some major storms this winter. Now a group of neighbors says their power company, National Grid, should pay for the damage to their homes that they say happened after the storm.

This was one of the big wind storms in December. It cut power to hundreds of thousands of people in New York but the people we talked to say their homes were damaged when the power was restored.

"Sitting there you knew the power was going to go out eventually," Tim Gordon said.

For Gordon, Jackie Powley and Robert Fritz the problem started 24 hours later when they say the power first came back on. They all live on or next to Clarkson Parma Town Line Road.

They all say their lights went extremely bright. 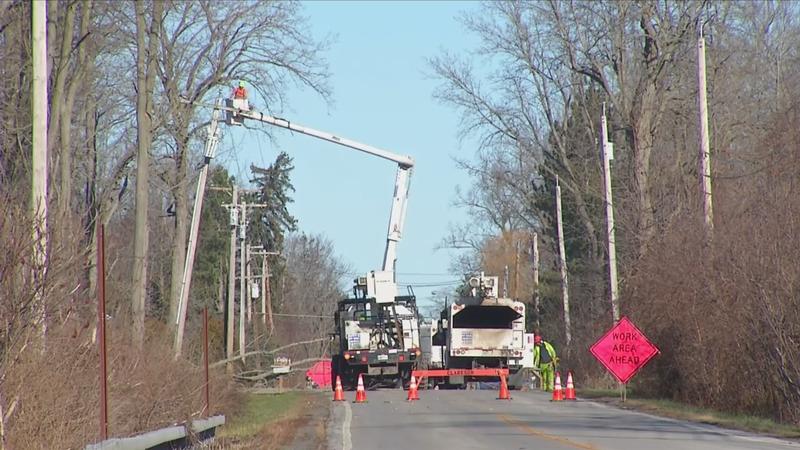 "And then you started hearing cracking and popping," Gordon said.

"It sounded like shotguns going out through my house," Powley said.

They say it lasted 30 seconds. When the power came back 10 minutes later they started finding the damage.

Powley said "my furnace was blown."

"I lost three flat-screen televisions," Fritz said. "Over the kitchen cabinets were halo lights and they blew up."

Fritz filed an insurance claim and paid a thousand-dollar deductible.

Powley says she had $2,500 in damage and says RG&E had to replace her outdoor meter because it was charred.

She, Gordon and one other neighbor filed claims to National Grid which the company denied saying it does not reimburse losses because of power outages caused by storms or other conditions beyond their control.

We received this statement from National Grid:

The December 11, 2021 windstorm was one of the most impactful to ever hit our service territory, affecting service to more than 215,000 National Grid electric customers.
National Grid carefully considers every claim presented. If it is determined that National Grid is responsible for damage to a customer’s property under our tariff, the company will provide appropriate compensation. The company does not reimburse for service interruptions or similar issues caused by wind, ice, lightning, floods, storms, or other circumstances beyond our control.
When a claim is presented, we will look to identify the factors that could have contributed to the customer’s damages. In this instance, our investigation determined there were no issues related to our storm restoration activities and, therefore, we will not be providing reimbursement for damages for these claims.

Brean: "Is there anything a homeowner can do to protect themselves from surges like this?"

Jim Swetman, Home Power Systems: "There are a couple of options available."

Swetman is a master electrician and president of Home Power Systems.

He says there’s a transient voltage surge suppressor that mounts to your electrical panel.

"It absorbs the power and then it’s spent," he said.

Swetman says a generator will disconnect your house from the grid and stay disconnected up to a minute after power is restored.
The surge in Parma lasted 30 seconds.

"So whatever happens out there on the grid you’re disconnected from that," Swetman said.

Brean: "Based on your experience, should homeowners be surprised that if they have this kind of after-the-storm damage, it’s not going to get covered by their utility?"

Swetman: "Yes unfortunately the way it’s written homeowners are not going to be protected by anything that’s provided by the utility."