ROCHESTER, N.Y. (WHEC) — The president of the country’s largest LGBTQ advocacy organization was fired following a report that found he tried to help discredit an accuser of former New York Gov. Andrew Cuomo.

According to NBC News, Human Rights Campaign President Alphonso David was let go effective immediately just after an internal investigation was completed and the group’s boards of directors voted to remove him.

David was named in NY Attorney General Letitia James’s report into sexual harassment allegations against Gov. Cuomo. In the report, James accused David of being involved in efforts to “disparage” Lindsay Boylan, a former Cuomo staffer, by drafting a letter about the allegations that people described as "victim shaming.”

David served as Counsel to Cuomo. The letter was never published.

David pushed back on his firing when he Tweeted a screenshot response saying legal action would be coming. A more expanded statement said the board had asked him to resign on Friday, but he says the board did not have a "shred of evidence" of any wrongdoing on his part. 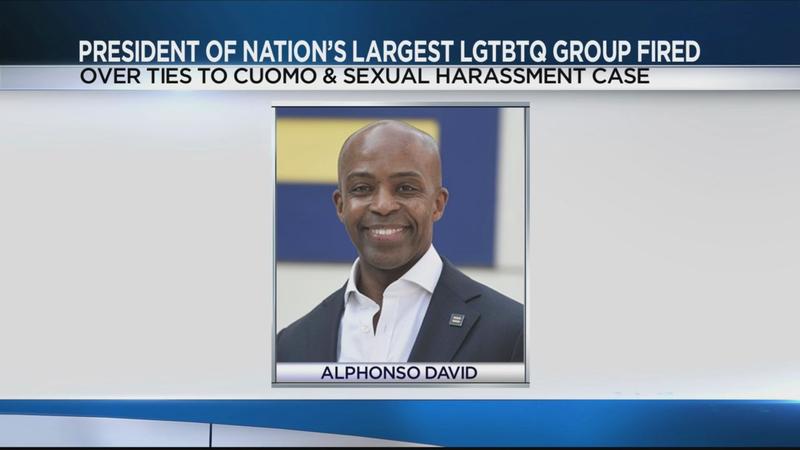 Check out a timeline of the investigation and the following resignation of Cuomo here.