Protestors show up outside Supreme Court

Marchers showed up at the Supreme Court building following the overturning of Roe v. Wade. Both supporters and opponents were out in full force, carrying signs and chanting.

Crowds have also gathered across the nation to rally in cities like New York, Los Angeles and Atlanta. 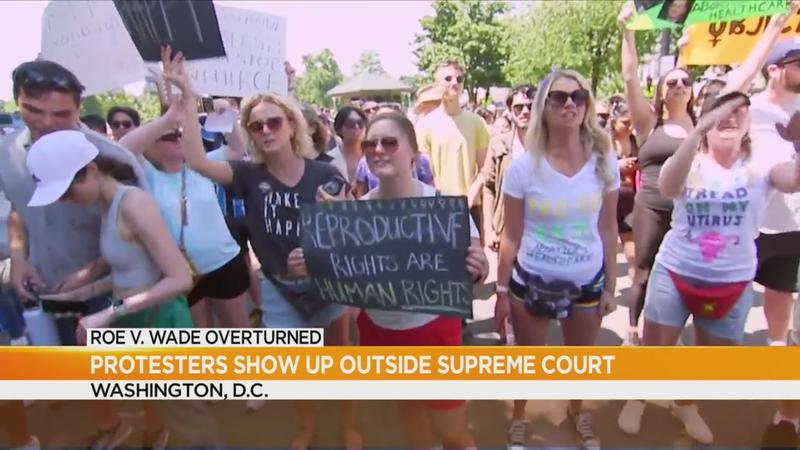