ROCHESTER N.Y. (WHEC) — "Hamilton", "Aladdin", and "Beetlejuice" will be some of the musicals performed at Rochester Broadway Theatre League during the 2022 to 2023 season.

RBTL announced their seven shows during the 2022-2023 season, which will include several Tony Award-winning productions.

The 2022 season will kick off with the September 20-25 production of "Tootsie", a musical comedy about an actor who struggles to find work until he lands the role of a lifetime.

The next production will be "Hamilton" from November 1-13. The story of American founding father Alexander Hamilton blends hip-hop, jazz, and R&B music. The musical written by Lin-Manuel Miranda has won 11 Tony Awards.

The musical "Come from Away", which will run from December 6-11, is about the true story of 7,000 stranded plane passengers and the small town in Newfoundland that welcomed them. 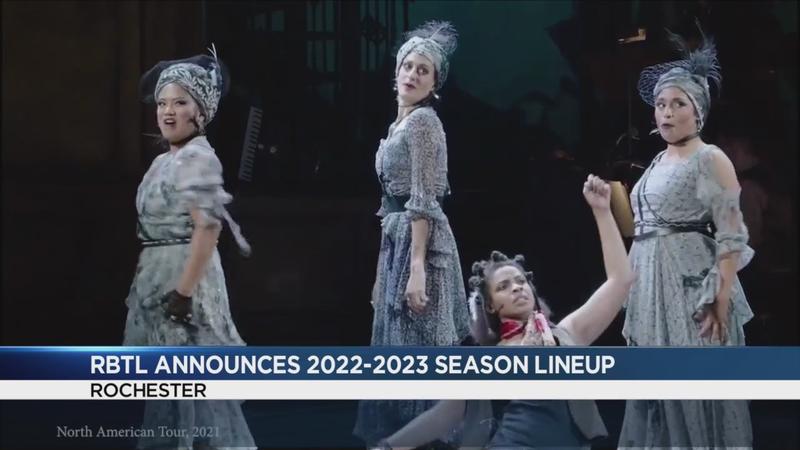 The 2023 season will begin from Febuary 14-19 with "Beetlejuice", based on the Tim Burton film about a teenager whose whole life changes when she meets a deceased couple and a demon. The next production will be the winner of eight Tony Awards, "Hadestown", a love story intertwining ancient Greek myths. That will run from March 14-19.

The production of "Aladdin", based on the Disney movie, will be at RBTL from April 11-16. The next production at the theatre will be "Six", about the wives of English King Henry VIII, from May 16-21.

The season’s closer will be the only play of the season, "To Kill A Mockingbird", based on Harper Lee’s classic novel. That will be at RTBL from June 13-18. NPR said the play is one of the greatest in history. Emmy Award-winning actor Richard Thomas will play the role of lawyer Atticus Finch in the production on tour.

Information on tickets and ticket packages can be found on the website for RBTL.