ROCHESTER, N.Y. (WHEC)— The Rochester City School District Monday began its temporary partnership to take some kids to school on city buses, and while there were no bus driver resignations on the first day, driver absences did cause delays.

Six RCSD drivers were absent,10 drivers from Monroe School Transportation, and 12 First Student Drivers. The district says there are no substitute drivers to step in, and it’s caused delays of up to an hour and a half.

It comes as the district, which was already facing a driver shortage of roughly 70 people, saw at least a dozen resignations over the last week.

There is some good news out of Monday’s report, though, as students with disabilities have ensured a ride to school starting Tuesday. Families were informed earlier Monday.

The district is working to condense and combine routes for the 145 students who still need transportation. The goal is to get them a ride by week’s end. 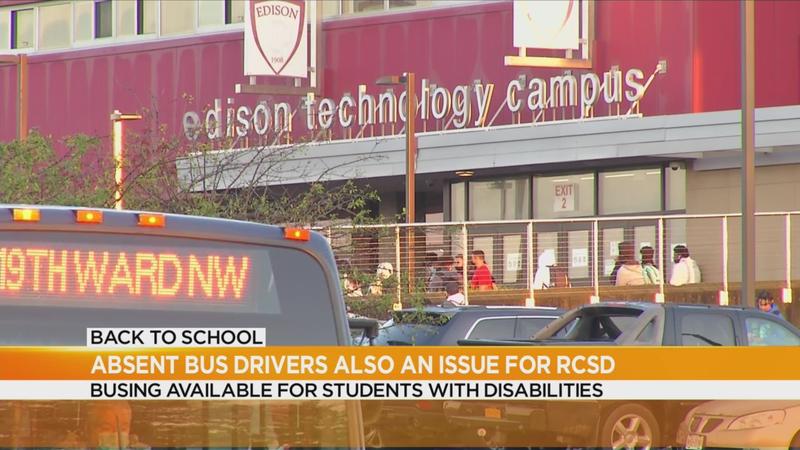