ROCHESTER, N.Y. (WHEC) — The Rochester City School District is getting creative in trying to cut down on cell phone use in the classroom.

RCSD’s Chief of Schools said many of the schools have already had some type of no cell phone use policy and said all of the secondary schools collect cell phones in one way or another and one of them is using a new approach, with the Yondr pouch.

“We’ve had a variety of this throughout the district for several years,” Chief of Schools Dr. Carmine Peluso said. “A lot of our schools had collected cell phones. All of our schools, secondary schools collecting cell phones, I would say happened this year.”

Peluso said some schools have been using the Yondr pouch, a new technology to drop your phones in and keep it on you throughout the day.

“We are absolutely seeing an impact for our schools that even just started,” Peluso said. “One of our schools started midyear this year with the phone pouches, and they’ve already seen a drastic reduction in terms of how students are attentive in class. Less situations revolving social media throughout the day.” 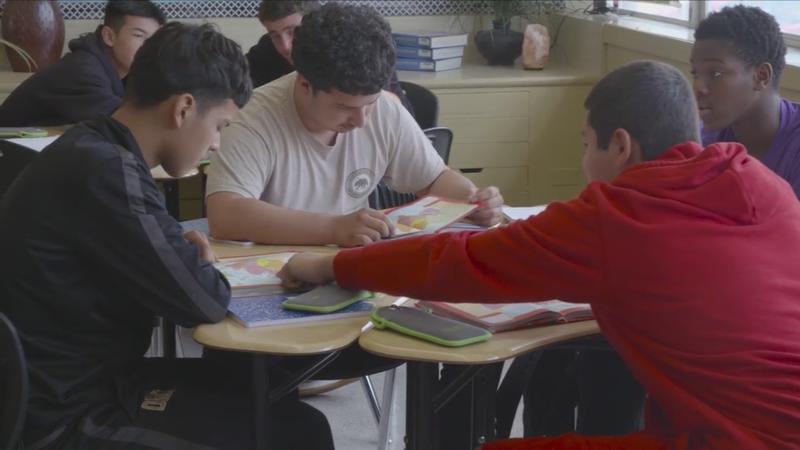 Peluso said it’s much like a security bag in a clothing store, used in an effort to make sure students are paying more attention in the classroom and off social media.

“You come through. You unlock it on this magnetic station thing that’s on the wall and you put your phone in there, then you close it,” SOTA Senior Isaiah Santiago said. “Sometimes it gets checked and then you walk along your day. At the end of the day, you come downstairs and you unlock it and walk outside the door.”

Santiago said they got their pouches when they returned to in-person learning and says there have been mixed reviews among classmates.

“I was in 11th grade at that time and trying to figure out how to break through it and to make sure I had the keep my phone in there,” Santiago said. “But the initial reaction was, you know, it’s pretty good to have to be able to have this in your own possession.”

Santiago said it could be worse

“It’s definitely better than having to turn in your phone,” Santiago said. “But overall, nobody wants their phone to be locked up in the first place. So, again, it’s like a complicated situation.”

And a concern for some families, what happens in the event of an emergency?

News10NBC did reach out to all the other school districts.

Right now Hilton says their high school principal is learning about it, but that it’s too early to talk about at this point.

The Director of Security at Greece said a committee is starting soon to look at this issue and will share more about their thoughts next week.