ROCHESTER, N.Y. (WHEC) — Thursday was day one of a tumultuous month for the Rochester City School District.

Superintendent Lesli Myers-Small held a press briefing to go over how it went.

"The energy was amazing,” Myers-Small said. “It was very, very positive mindsets are great people came to school with a growth mindset rather than a deficit-based one for the most part."

Myers-Small also provided an update on the bus driver shortage. She said no one resigned Thursday.

Between First Student and Monroe Transportation, she said there are 29 drivers in training and 100 applications. 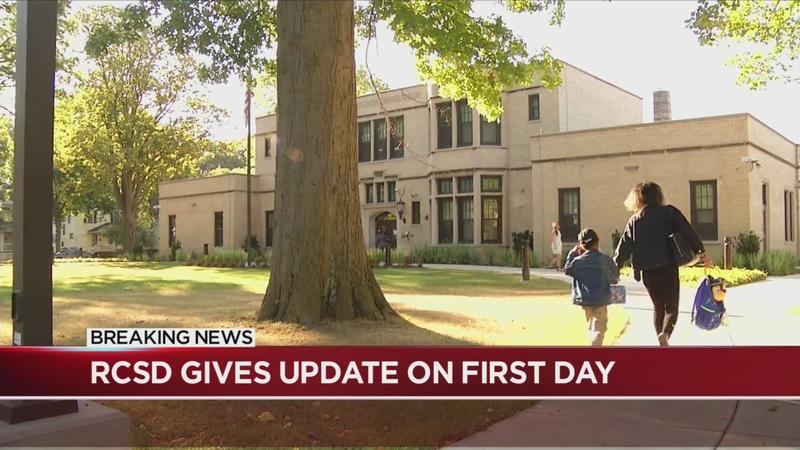 Students at five high schools will get bus passes for RTS starting Monday.

News10NBC Chief Investigative Reporter Berkeley Brean asked the superintendent on a scale of one to 10, how she would rank the first day of school.

"I would say a million. It really was incredible, students some of them have not been in person since March 13, 2020," Myers-Small said. "Our scholars missed one another,” they missed their teacher and other staff members so it was very positive and so, Berkeley for me it was a 10 as far as excitement again other logistical glitches happen but individuals… It didn’t hamper or dampen the day."

There are still more than 300 children without busing and the superintendent can’t pinpoint a day when they will get a bus.

There are logistical problems too. With more parents driving kids to school, they’re seeing traffic jams they haven’t had before, so they’re working on that.