The rally caps off a week of activities with the group Save Rochester focused on restorative programs. The students, peace activists and local representatives joined the rally. Students were encouraged to be the change that they want to see in their neighborhoods.

Students took part in a pep rally before heading out into the neighborhood with their teachers and members of the community. Most of the with signs saying "We Want Peace," or "Peace and Love."

"Our kids, it’s amazing how they’re coming together," said Speech-Language Pathologist Shannon Warden. "Really sad these kids are desensitized to this. They’re scared and it’s showing in other ways. They may not always verbalize it, but they’re acting out." 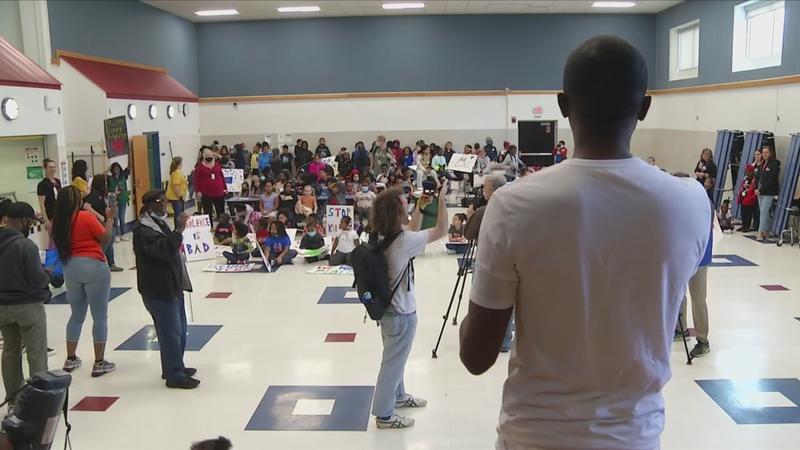 Along the way, students stopped at the spot where 17-year-old Bryson Simpson was fatally shot last month.

"As you can see it happened within blocks of a school. That young man was getting off of a school bus. So we know that violence has no barriers," Morris said.

They marched for several more blocks before returning back to school. News10NBC asked Special Education Teacher Vandell Marshal what it means to have these young students participate in this type of march. He said children know more than what we give them credit for.

"When children are talking, as adults we need to learn to listen cause they’re telling us what we should know. We may not understand the verbiage, but we should listen, and what you don’t know, learn how to ask questions," Marshal said.

Police and the US Marshals task force are searching for the man who they believe killed Simpson, Salahuddin Floyd Jr.

The most recent homicide was on Sunday night in a plaza on North Goodman Street.

According to RPD’s Open Data Portal, as of this time last year, there were 75 shooting victims and 13 of them were killed.