RCSD Superintendent: All students to have a bus to school by the end of the month

ROCHESTER, N.Y. (WHEC)— All kids needing a ride to school in the Rochester City School District should have a ride by the end of the month, the district’s superintendent announced Friday.

As part of her briefing, Dr. Lesli Myers-Small said families will receive a phone call and letter from the district’s transportation department early next week, ahead of the Sep.30 goal.

There remains an investigation into the superintendent regarding allegations of harassment by an RCSD employee.

Myers-Small said driver resignations and absences are still causing challenges for the district, as she says it is averaging approximately 20 absences per day.

The district began its temporary partnership with Regional Transit Services just a couple of weeks ago on the first day of classes. The district saw about 28 absences that day. 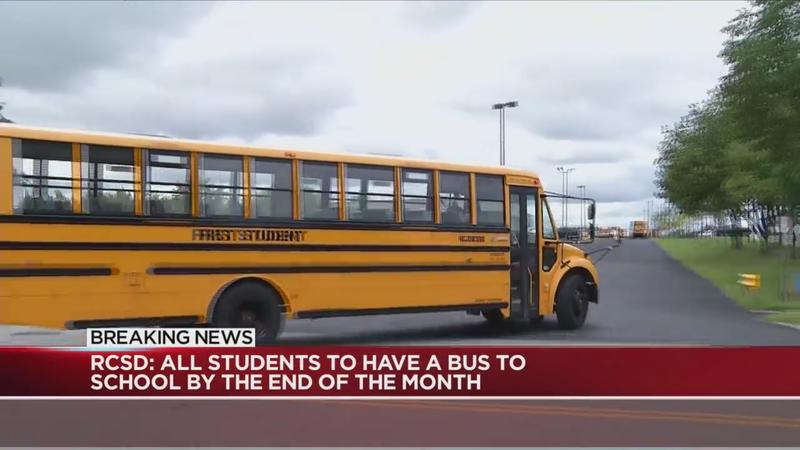 The superintendent then referenced NY Gov. Kathy Hochul’s plan to address the school bus driver shortage throughout the state. The plan includes short-term steps to remove barriers and recruit traditional and non-traditional Commercial Driver’s License holders, among other moves.

"There has been no impact, as of yet, and we are optimistic that it will have a positive effect in the near future," Myers-Small said.

Those who are interested in obtaining a Commercial Driver’s License can find information here.