Refloat operations for the USS The Sullivans progressing

BUFFALO, N.Y. (WHEC) — Crews have plugged dozens of holes in the U.S.S. The Sullivans as its refloat operations entered its sixteenth day.

It was found taking on water and leaning portside in the Buffalo and Erie County Naval & Military Park the morning of Thursday, April 14.

As of Friday, Coast Guard Buffalo Sector Captain Lexia Littlejohn told WGRZ that thirty-three holes have been plugged with wooden plugs and several more were plugged with Marine-grade epoxy, which allowed crews to conduct a re-float operation.

The refloat plan includes the use of 22 pumps, which are capable of pumping about 7,000 gallons of water.

Littlejohn said as the refloat operation progressed, a diver discovered another hole as the stern as the ship was raised. This new hole is currently being evaluated. 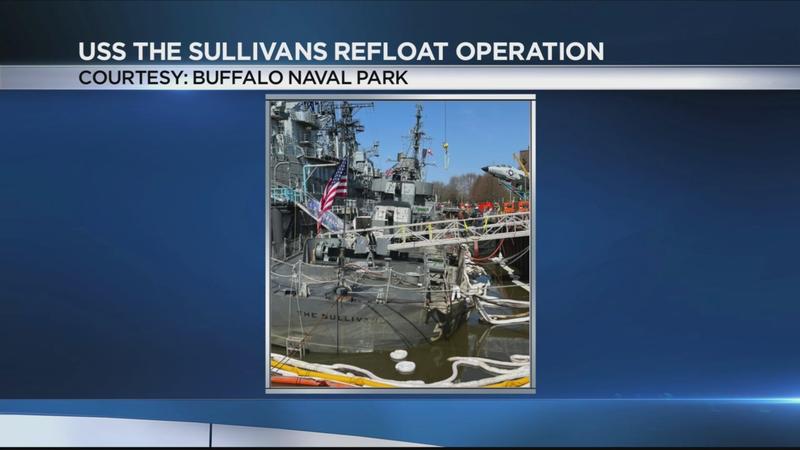 President and CEO of Buffalo Naval Park Paul Marzello said he doesn’t believe the 78-year-old Fletcher-class destroyer has sustained any permanent damage and that work to repair the ship’s hull will eventually resume.