Local artist Thomas Warfield celebrated his 60th birthday Monday with a Commendation Award from New York State Senator Samra Brouk. The award is presented to those who devote their personal time, energy, and creativity to bettering their community and inspiring others to do the same.

“Thomas Warfield is one of those people who makes a mark on those he interacts with. Over his career, he has made the arts accessible to countless people who otherwise would not have an outlet for their creativity,” said New York State Senator Samra Brouk. “It is my honor to have been able to present Thomas with a Commendation Award on behalf of the Senate, and I can say confidently that his affect on our community will be felt for decades to come.”

Warfield has been Director of Dance at the National Technical Institute for the Deaf at RIT for 24 years, and former chair of the RIT President’s Commission on Pluralism and Inclusion as well as the Performing Arts Task Force. He’s been a vocal advocate for LGBTQ+ rights and HIV/AIDs awareness and has performed on stage, television and film, in more than 100 cities worldwide. He has demonstrated his talents as a singer, dancer, actor, model, composer, choreographer, director, producer, educator, activist and poet.

Thomas Warfield said, “This day of recognition and celebration is a reminder that as we each touch one another’s lives with compassion and joy we lift the vibration of our community, our state, our nation and the planet to a consciousness of peace.” 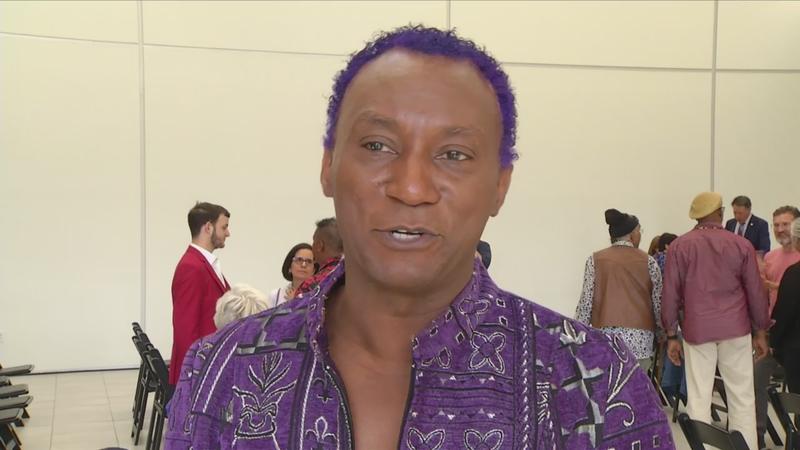