BUFFALO, N.Y. (AP) – The cost of the Bills’ proposed new stadium is $1.4 billion, and is to be built across the street from their existing facility in suburban Buffalo, a person with direct knowledge of discussions told The Associated Press.

The person spoke to The AP Thursday on the condition of anonymity because the details of the proposal haven’t been made public.

The Bills’ proposal has been presented to New York state and Erie County officials as part of discussions, which began two months ago, to determine the future of the NFL team’s home.

Talks are happening as the Bills’ lease expires in July 2023, and after the state and county committed $227 million toward extensive renovations and annual capital and game-day expenses in 2013.

The proposed new stadium would be built on a Bills-controlled parking lot located directly across the street from their facility. This would allow the team to continue playing home games in Orchard Park, New York, until the new stadium is completed. 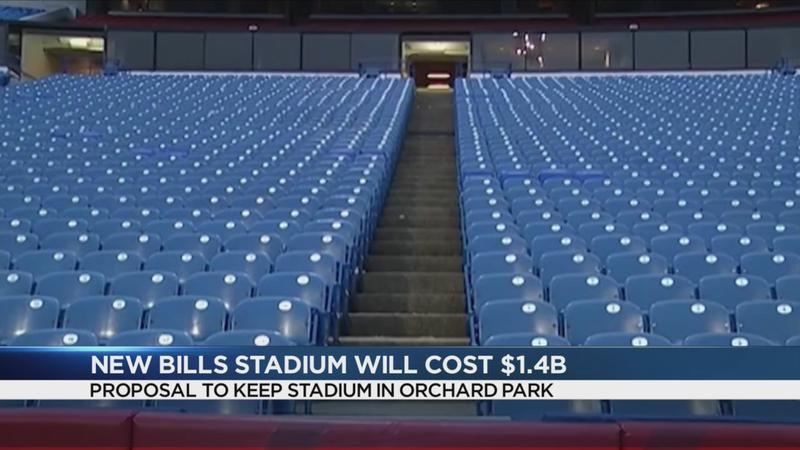 Up for discussion is how much state and local taxpayer money would have to be committed to construction. The team has made no threats to leave Buffalo if it doesn’t get the full funding, however, it has been made clear to government negotiators that there are "other cities elsewhere that desire an NFL franchise and would pay handsomely for it.”